Literature in the Meetinghouse in Ridgefield: Little Women 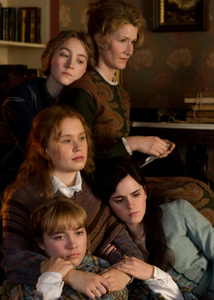 LITTLE WOMEN: THE BOOK, by Louisa May Alcott

Meg, Jo, Amy, Beth--the March sisters of Louisa May Alcott’s beloved Little Women, the 19th-century novel—are back again, in Greta Gerwig’s re-envisioned Little Women: The Movie, called “reverent and fresh, wistful and progressive.” This is a Little Women not only for girls but for women, as well. Join us at The Meeting House in Ridgebury on January 26 at (4 p.m.) for a lively conversation led by Joanne  Dobson.

Joanne has spoken and taught locally at Ridgefield Library, on Emily Dickinson, on memoir writing, on women’s mystery fiction. She is a novelist, scholar, and English professor who retired from Fordham University. She is a founding editor of Legacy: A Journal of American Women Writers, and has written on Emily Dickinson and on the fiction and poetry of 19th-century American women writers.

She is also the author of the Professor Karen Pelletier mystery series from Doubleday and Poisoned Pen Press. Her novels have been widely reviewed in national media. In 2001 the New York Library Association named her a Noted Author of the Year.