Book Discussion at Keeler Tavern Garden House on Feb. 25: Celebration of Ratification of the 19th Amendment 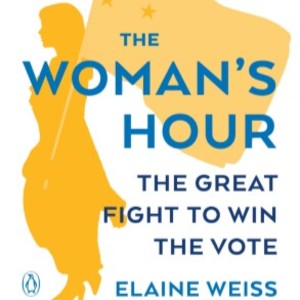 KTM&HC to Host Discussion of The Woman’s Hour by Elaine Weiss on February 25 as Part of Ridgefield Votes for Women: A Celebration of Ratification of the 19th Amendment

February 14, 2020—Keeler Tavern Museum & History Center will host the third of four book discussions of The Woman's Hour: The Great Fight to Win the Vote by Elaine Weiss, on Tuesday, February 25 at 10:30 a.m. at the Garden House as part of the Votes for Women: Ridgefield Celebrates the 19th Amendment series. The series explores the history of the women’s suffrage movement and celebrates the 100th Anniversary of the 19th Amendment.

Ms. Weiss is a journalist and author whose work has appeared in The Atlantic, Harper’s, The New York Times, and The Christian Science Monitor. Weiss’s highly acclaimed The Woman’s Hour, has been hailed as a “riveting, nail-biting, political thriller.”

In addition to the book discussion at KTM&HC, Ms. Weiss will be the keynote speaker at the Ridgefield Library on Sunday, April 19 at 2 p.m., where she will talk about her book, the suffrage movement, and the political infighting and intrigue that went along with the passage of the 19th Amendment. Early registration is advised, as a sell-out crowd is expected.

The Woman’s Hour: The Great Fight to Win the Vote is available at Books on the Common in Ridgefield at a 15% discount in support of the Votes for Women program.

Register for the book discussion at KTM&HC on February 25 here.

Register to hear Keynote Speaker and author Elaine Weiss discuss The Woman’s Hour: The Great Fight to Win the Vote, at the Ridgefield Library on April 19 at: