Details
Published on Wednesday, 16 September 2020 12:00
Written by The Ridgefield Playhouse 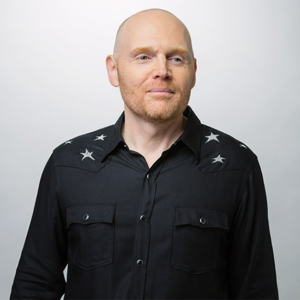 On September 26, actor/comedian Bill Burr will perform two outdoor shows under The Ridgefield Playhouse tent! Tickets for his 5pm & 8pm performance are on sale now with chairs provided to all ticketholders and will be pre-assigned based on the date of ticket purchase.

Bill Burr is one of the top comedic voices of his generation, achieving success in TV and film as well as on stage.  He sells out theaters internationally and his Monday Morning Podcast is one of the most downloaded comedy podcasts on iTunes.  Bill stars opposite Pete Davidson and Marisa Tomei in the Judd Apatow film, The King of Staten Island, and the fourth season of his hit animated Netflix series, F Is For Family, is streaming now featuring Laura Dern, Justin Long and Sam Rockwell in the cast.  Bill can also be seen in The Mandalorian on Disney Plus and last September, he released his sixth hour-long comedy special, Bill Burr: Paper Tiger, recorded at London’s Royal Albert Hall and streaming on Netflix.