Details
Published on Thursday, 17 September 2020 18:30
Written by The Ridgefield Playhouse 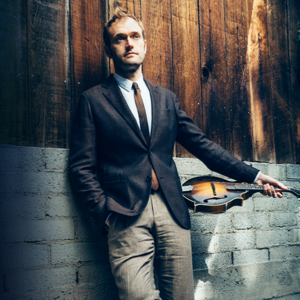 Mandolinist Chris Thile is among the most highly acclaimed musicians of his generation. With four Grammy Awards and 22 nominations, internationally renowned mandolin virtuoso, composer and vocalist Chris Thile has been wowing audiences for nearly 20 years.  Now fans can see Chris Thile in his only Connecticut tour stop on Saturday, October 10 with TWO shows at 4pm and 7:30pm at The Ridgefield Playhouse.  The shows, part of the Doyle Coffin Architecture Singer Songwriter Series and Mountain Dew Country and Bluegrass Series, will be socially distanced, with seating under the tent on the field next to the Playhouse.  As a MacArthur Fellow, a member of Goat Rodeo, Punch Brothers, Nickel Creek, and the host of the NPR radio program, Live from Here, Thile’s broad outlook encompasses classical, rock, jazz, and bluegrass. His music transcends the borders of conventionally circumscribed genres, and created a distinctly American canon and a new musical aesthetic for performers and audiences alike.  Chris Thile is a featured artist of media sponsor WFUV 90.7fm.

A child prodigy, Thile first rose to fame as a member of Grammy Award-winning trio Nickel Creek, with whom he released four albums and sold over two million records. In 2014, along with a national tour, the trio released a new album, A Dotted Line, their first since 2005.  As a soloist, Thile has released several albums including his most recent, Thanks for Listening, a collection of recordings, produced by Thomas Bartlett, originally written as Songs of the Week for A Prairie Home Companion. In February 2013, Thile won a Grammy for his work on The Goat Rodeo Sessions, collaborating with Yo-Yo Ma, Edgar Meyer, and Stuart Duncan. In September 2014, Thile and Meyer released their latest album collaboration, Bass + Mandolin, which won the Grammy for Best Contemporary Instrumental Album. Punch Brothers released their latest album, The Phosphorescent Blues, in January 2015, and a follow up EP, The Wireless, in November of the same year. Most recently, Thile released a double-album with Brad Mehldau, titled Chris Thile & Brad Mehldau, in January 2017 and a collection of works from Bach with Yo-Yo Ma & Edgar Meyer in April 2017 called Bach Trios. Continuing his trend of creative excellence, Thile took home the Grammy for the Best Folk Album for the Punch Brother’s 2018 album, All Ashore. In the Summer of 2020, Thile once again collaborated with his Goat Rodeo bandmates, and released their second album, Not Our First Goat Rodeo, which hit #1 on the Billboard 200.

For more information or to purchase touchless print at home ticket ($45 all seats) go online to www.ridgefieldplayhouse.org or, you can visit or call the box office (203) 438-5795. The Playhouse is currently doing socially distanced seating, all patrons will be seated by an usher on a first come first served basis and concession/bar can be ordered via our mobile site so that you can pick it up on the way in, or get notified when it is ready for you to pick up once you arrive.  The Ridgefield Playhouse is a non-profit performing arts center located at 80 East Ridge, parallel to Main Street, Ridgefield, CT and is committed to keeping the arts alive and available to all.