Details
Published on Tuesday, 23 February 2021 13:28
Written by The Ridgefield Playhouse 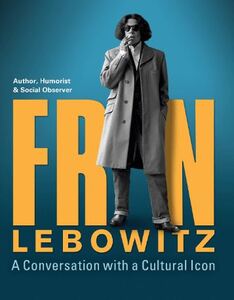 Guitar icon John Scofield is a one-of-a-kind jazz master and a 3-time Grammy award-winning artist with more than 40 recordings to his credit. NPR describes Scofield as “one of the most prolific and admired jazz musicians of his generation.” As a principal innovator of modern jazz guitar, he played alongside Miles Davis for more than three years, and his work has influenced guitar greats since the late ’70s. Scofield is a creative artist of a rare sort: a stylistic chameleon who has forged a consistent, rock-solid aesthetic identity who demonstrates fluency in bebop, blues, jazz-funk, jam band, orchestral ensembles, and various others with ease and enthusiasm. Now he adds yet another credit to his resume: solo guitarist.
Moffly Media Evening of Art, Wine & Jazz Series
Purchase tickets here.
Vic DiBitetto on Friday, September 24 and Saturday, September 25 at 8:00 pm
Back after two sold out shows in 2020!  A cross between Rodney Dangerfield and Ralph Cramden, DiBitetto is a social media sensation, best known for his viral videos including Bread and Milk, Ticked Off Vic, and the New York Yankee and Giant Locker Rooms. Vic’s videos have been viewed more than 750 million times worldwide. Vic is headlining sold-out theatres from Miami to Boston and New York to Las Vegas - get your tickets early, these shows will sell out!

Fran Lebowitz: A Conversation with a Cultural Icon Sunday, November 7 at 7:30 pm

Special Guest Host Paul Shaffer ("Saturday Night Live," "This Is Spinal Tap," "Late Show with David Letterman") will be conducting a Live On-Stage Interview - followed by a Q&A with Fran!

Straight from her hit Netflix series Pretend It’s a City, directed by Martin Scorsese, get ready for a night of no holds barred conversation with the queen of "tell it like it is!" In a cultural landscape filled with endless pundits and talking heads, Fran Lebowitz stands out as one of our most insightful social commentators.