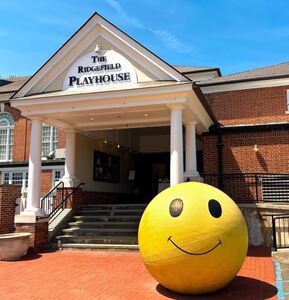 FRIDAY, JUNE 18, 2021 @ 7:30pm
OUTSIDE @ THE PLAYHOUSE TENT
Before the DAVE MATTHEW BAND hits the road later this summer, get up close and personal with DMB lead guitarist and collaborator and TR3 Founder Tim Reynolds in a rare solo appearance! Reynolds also performs as one-half of the acoustic Dave Matthews-Tim Reynolds duo and has performed on nearly all of DMB’s albums.
Pepsi Rock Series Powered by Xfinity

SUNDAY, JUNE 20, 2021 @ 7PM
OUTSIDE @ THE PLAYHOUSE TENT
Norwalk, CT native Eliot Lewis may be best known for his current role as a keyboard player (as well as a guitarist) for Hall & Oates, but this American rock, R&B and soul singer, keyboardist, guitarist, bassist, drummer, songwriter, and producer, is a force to reckoned with in his own right. He has worked and performed with everyone from Average White Band (1989-2002) to Peter Frampton, Elton John, Alice Cooper, Joe Cocker, Tina Turner, The Who and more!
Pepsi Rock Series Powered by Xfinity

SUNDAY, JULY 11 @ 4PM & 7:30PM
OUTSIDE @ THE PLAYHOUSE TENT
Back with a great cast of comedy headliners, Rich Vos returns after three previously sold-out shows. Vos always kills it on stage and brings some of the best headlining names in comedy today with him.
Barts Tree Service Comedy Series

SUNDAY, AUGUST 8, 2021 @ 7:30PM
ON THE OUTDOOR STAGE
AT CIUCCOLI/GOVERNOR’S FIELD
Celebrated soulful ensemble JJ Grey & Mofro returns after a sold out show in 2017! Grey’s intensely charismatic live performances, combined with the incredible musicianship of Mofro, have connected with audiences all over the world!
Pepsi Rock Series Powered by Xfinity

And... inside the theater:

Effective May 19, 2021, the State of Connecticut is lifting all Covid social distancing and capacity restrictions. Wearing a mask will continue to be required for all indoor public settings. The performance with Three Dog Night will be inside the theater at full capacity. Masks will be required.
Pepsi Rock Series Powered by Xfinity
Visit the Ridgefield Playhouse online here to purchase tickets to these and other upcoming shows!