Details
Published on Friday, 28 May 2021 10:30
Written by The Ridgefield Playhouse 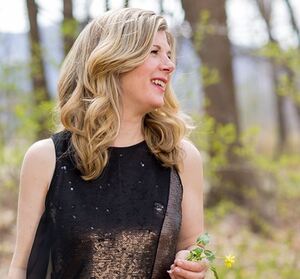 One of the most lauded singer-songwriters of her generation, Dar Williams has been captivating audiences with her sheer elegance and honesty in her folk-pop songwriting since the early ’90s.

With dedicated fans selling out her shows all across the country (and world) and her inimitable songs hitting the charts with the release of each new album, Dar’s continued success is undeniable as both a recording artist and performer. Best known for folk hits “Iowa (Traveling III),” “Summer Child,” “The Beauty of the Rain” and others – the critically acclaimed singer-songwriter returns to The Ridgefield Playhouse with an unforgettable night of music and stories on Friday, June 25 at 7:30pm.

The performance, part of the Ridgefield + Wilton Magazines Singer-Songwriter Series, will be socially distanced with seating under the tent next to The Ridgefield Playhouse.  Dar blends elements of blues, rock and jazz in to her music resulting in an organic sound that is reminiscent of 70s FM radio. She has toured with artists including Mary Chapin Carpenter, John Baez, Shawn Colvin and Ani DiFranco just to name a few. She still goes wherever the muse leads her, which, presently, is right back on her couch, coffee on the coffee table, guitar in hand, writing her next batch of songs. Make it a great night out with dinner and a show – visit Bailey’s Backyard (23 Bailey Avenue, Ridgefield) and receive 10% off when you show your ticket!  Dar Williams is a featured artist of media sponsor WFUV 90.7fm.

Described by The New Yorker as “one of America’s very best singer-songwriters,” her songs illuminate topics like gender roles, religion, anti-commercialism, and adolescence. With razor sharp wit she bares her soul and leads listeners on a journey inward to uncover their own truths.  Every new album from Dar Williams represents her thoughts and feelings about both her own life and larger forces in the world. But her ninth studio record, Emerald, marked a particularly dramatic confluence between her experiences and broader contemporary culture—and what it means to be a songwriter at this moment in history.

In the past few years, Williams has been involved in a wide range of different efforts and projects: teaching a course titled “Music Movements in a Capitalist Democracy” at her alma mater, Wesleyan University; working with children at several summer camps; leading songwriting workshops; getting involved with the workings of her village; and writing a book about the ways she’s seen towns becoming more independent and prosperous over her twenty years of touring.

For more information or to purchase touchless print at home ticket ($45) go online at www.ridgefieldplayhouse.org or, you can visit or call the box office (203) 438-5795.  The Ridgefield Playhouse is a non-profit performing arts center located at 80 East Ridge, parallel to Main Street, Ridgefield, CT and is committed to keeping the arts alive and available to all.