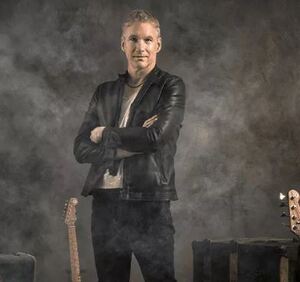 Don't miss the Make Music Day Pre-celebration in Ballard Park on Sunday, June 20! All attendees receive a FREE ticket to see the evening performance of Hall and Oates guitarist Eliot Lewis under the tent at The Ridgefield Playhouse

Kick-off Make Music day in Ridgefield the day before the big day, on Sunday, June 20th with a plethora of free music in the park followed by a stellar performance by current Hall and Oates guitarist Eliot Lewis on Sunday night under the tent at The Ridgefield Playhouse beginning at 7pm.

Eliot Lewis performance tickets will be handed out at the various events during the day!

Norwalk, CT native Eliot Lewis may be best known for his current role as keyboard player (as well as guitarist) for Hall and Oates, who he has performed with since 2003, but this American rock, R&B and soul singer, keyboardist, guitarist, bassist, drummer, songwriter, and producer, is a force to be reckoned with in his own right.  He has worked and performed with everyone from Average White Band (1989-2002) to Peter Frampton, Elton John, Alice Cooper, Joe Cocker, Tina Turner and The Who, among others. As a member of the Hall & Oates band, Lewis has played some of the world’s most famous venues, including the Hollywood Bowl and Japan’s Budokan Arena. He has also performed on popular television shows such as “The Voice,” “Late Night with Conan O’Brien,” and “Jimmy Kimmel Live.” Lewis appeared with the Hall & Oates band in the 2010 feature film You Again and at the 2014 Rock and Roll Hall of Fame induction ceremony. As we kick off Make Music Day in Ridgefield – join us for a night of rock and roll hits from the countless bands with whom Lewis has performed.