Details
Published on Wednesday, 04 August 2021 12:20
Written by The Ridgefield Playhouse 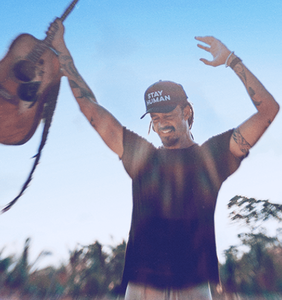 The preshow cocktail party includes an open bar and hors d’oeuvres from various area restaurants before the performance. The evening also includes one-of-a-kind auction items for all ticket holders to bid on!

Best known for his top 10 Billboard charting hit “Say Hey (I Love You)” Michael Franti, and his band Spearhead, have continued to make chart topping hits with “Sound of Sunshine,” and “I Got You,” among other songs that blend hip hop along with funk, reggae, jazz, folk, and rock- creating a signature sound all his own.  Now you can see this globally recognized musician, humanitarian, activist, and award-winning filmmaker revered for his high-energy live shows, up close and personal at The Ridgefield Playhouse summer gala fundraiser. Throughout his multi-decade career, Franti has earned three Billboard No. 1’s.

In January 2019, Franti released his self-directed documentary Stay Human, which won an array of awards at film festivals worldwide and influenced his writing for his album Stay Human Vol. II (Thirty Tigers), which debuted at No. 1 on both the Americana and Independent Album charts and received critical acclaim from USA Today, Billboard, Associated Press and Paste. Influenced by the film, Franti’s Stay Human podcast presented by Gibson on the American Songwriter Podcast Network features creatives from all walks of life.  Deemed a “groundbreaking musician” by Entrepreneur, Franti launched a virtual event revolution in June 2020 with his Stay At Home Concert World Tour, a creation prompted by his first summer in 33 years in which he wasn’t on the road due to the global pandemic.

In addition to seeing this amazing musician in a close and intimate setting, all gala ticket holders receive access to an open bar and food prior to the show.  All ticket holders will get access to the one-of-a-kind auction items, as we raise money to keep the arts alive in our area and support this 20th Anniversary summer of our beloved Performing Arts Center.