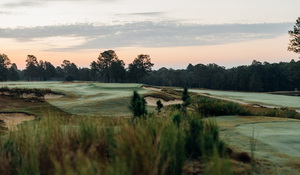 As the calendar flips to August the CSGA season winds its way down to Silver Spring Country Club for the playing of the 52nd Borck Junior. This year will mark the first time that Silver CC will host the Borck but supporting junior golf is nothing new to the club.

“It is important for Silver Spring to host the Borck Junior and to continue to give back to junior golf,” Silver Spring CC Director of Golf Gene Mulak said. “We are home to the Ridgefield High School golf team which has produced some outstanding players over the years as well as our own Junior Golf Program which in most years sends at least one golfer to play in college. Contesting the Borck at Silver Spring CC will also give the club a chance to showcase its great golf course to many of the top juniors in the state. We are hoping that there is a lifetime memory created here for the players in the field.”

Tee Times
Each year, the Borck Junior is held in memory of Jay Borck, a young golfer who died of a cerebral hemorrhage in 1968 at the age of sixteen. He passed away one week after winning the Brooklawn Junior Championship. Soon after Jay’s death, his brother, Jim, and father, Chester, along with family friends Samuel and Giles Payne and Paul Hiller thought the best way to memorialize Jay would be with a world-class junior golf tournament.

The list of winners includes many of the top players from their era of junior golf but no name on the list looms larger than that of J.J. Henry who won the event in 1991 and 1992.

This year the tournament which features a Boys and Girls field will welcome 69 golfers. Last year the Boys Division title was won by Jackson Roman while Mia Scarpati won the Girls Division, however neither player will be in the field this year so two new champions will be crowned.

On the Boys side, the field will be highlighted by recent Connecticut Junior Amateur winner Connor Goode (Glastonbury Hills CC). Last year at New Canaan Country Club Goode earned medalist honors and made a run to the championship match.

The Girls field will feature four players that made match play last year including Charlotte Wagner (CC of Fairfield) who finished T5 at the 2021 Connecticut Women’s Amateur. Among the other players to watch are Mia Holbrook who is playing on her home course, Molly Mitchell (Oronoque CC), and Julia Bazata (EClub of Connecticut).

Play will begin on Monday morning at 7:30 a.m. with one round of stroke play to determine who advances to match play. The Boys Division will be trimmed to 16 while eight will advance to match play in the Girls Division. On Tuesday morning the Boys will compete in the Round of 16 with both division's quarterfinal matches to follow in the afternoon. Wednesday will begin with the semifinals of both divisions followed by the title matches early Wednesday afternoon.

“Silver Spring CC is an outstanding match play venue. The mix of long and short holes will help to level out the field. However, there will be opportunities for a longer hitter to potentially take advantage of the three par-5s,” Mulak said. “The player who can control their driver and keep it out of the thick rough will certainly set themselves up potentially for success. A nice touch around and on the greens will be needed to play well, as we have some of the quickest greens in the county.”