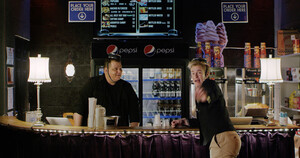 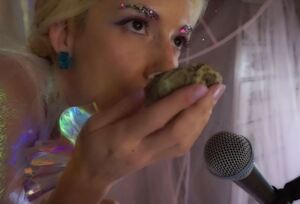 Along with films from New York City, Los Angeles, The UK, Canada, Austria, Mexico and Iran, RIFF’s highly curated 2021 festival has a local flavor this year.

“The theme running through all of the films we chose this year is one of resilience, and we wanted to showcase the resilience of local filmmakers,” states Executive Director, Geoffrey Morris.

A highlight of the festival will be Ridgefield filmmaker Joanna James’ “A Fine Line” a documentary feature that explores why less than 7 percent of head chefs/restaurant owners are women, when traditionally women have influenced the greatest male chefs in the kitchen.

Another highlight will be the Saturday Night Marquee film at The Ridgefield Theatre Barn, “How To Stop A Recurring Dream” in which a family’s older daughter, faced with a custody split, kidnaps her hostile younger sister to embark on a journey to reconnect before they part.

Friday’s Psych Night, another Theatre Barn offering that has proved popular in the past, will be an entertaining feast of shorts exploring the bizarre, the creepy, the fun and fantastic.

Saturday afternoon at both the Ridgefield Library and Ridgefield Theatre Barn will offer a variety of films centering on resilience such as “Last Call” a documentary about Queens New York bar-owners and workers fighting to stay afloat during Covid. As well as take us on some trips around the world to the most uninhabitable place on Earth with “After Antarctica”;  to Iran with “Red Lipstick” the tale of a woman deciding whether or not to marry; to Austria with “Alles hat Grenzen NUR DER MONDFISCH NICHT” an opera about climate change, as sung by the earth; and beyond this world with “Planet b234” which explores Latino masculinity and fatherhood.

Sunday wraps up at the Theatre Barn with “R.I.P. T Shirts”,  the latest film from Kate Davis and David Heilbroner who brought us “Say Her Name” the Sandra Bland story in 2018; and “Authenticity” a delightful musical for and about teenagers dealing with cyber bullying, at The Ridgefield Library.

The full list of films, by title and director, is below:

Ridgefield Independent Film Festival Festival was founded in 2015 by local playwright and filmmaker, Joanne Hudson and presented its first iteration in May of 2016 at seven venues throughout Ridgefield, CT; screening 72 films from 26 countries. Since then (under Festival Directors: Megan Smith-Harris, Jill Mango and Sean Murphy and the leadership of Executive Director, Geoffrey Morris since 2018) the festival has attracted the likes of celebrities Allison Williams, Paul Dano and Jeffrey Tambor, as well as talented local and international filmmakers. This year’s festival will be an intimate and highly curated festival with the same independent spirit in which it began: in the hopes of making the world a more compassionate place through the sharing of stories through cinema.