Details
Published on Wednesday, 13 October 2021 18:38
Written by The Ridgefield Playhouse 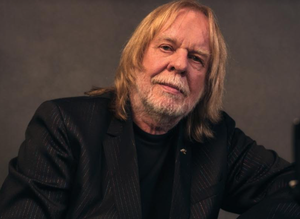 Rick Wakeman has much to celebrate these days.  The keyboard legend was recently honored as a Commander of the Order of the British Empire (CBE) by the Queen of England.  And now, after many months on lockdown in the U.K. he’s finally back on the road after his long-delayed follow up to 2019’s sold out The Grumpy Old Rock Star Tour - The Even Grumpier Old Rock Star Tour.

Fans can see the progressive rock legend on stage at The Ridgefield Playhouse on Saturday, October 30, 2021 at 8pm.  The show, part of the Pepsi Rock Series Driven by North American Motor Car, will range from his solo works and his stints with the band YES through his early days as a session musician playing keyboards on such classics as David Bowie’s “Life On Mars,” plus surprises like his unique interpretations of Beatles’ hits and many more memorable tunes, adapted for the grand piano.

All of this glorious music is punctuated by riotous reflections on his life and the people he’s met along the way.  As he himself often observes, life is rarely dull when Rick Wakeman is around!  The media sponsor for this show is i95fm – Danbury’s Home of Rock and Roll.

Rick Wakeman has lived a life of music. A classically trained keyboardist, Wakeman has recorded over 100 albums, most of them solo efforts. He was inducted into the Rock and Roll Hall of Fame in 2017 as a member of Yes, and he has sold over 50 million records as a solo artist. In 2020, Wakeman released a new critically acclaimed progressive rock album The Red Planet, featuring eight newly-composed instrumental tracks inspired by three recent Mars exploration missions. Additionally, Wakeman will reissue a box set of Return to the Centre of the Earth in 2021 that will include unreleased audio and video material.

For more information or to purchase touchless print at home tickets ($80 - $90, Meet & Greet Upgrade $150) go online at www.ridgefieldplayhouse.org or, you can visit or call the box office (203) 438-5795.  The Ridgefield Playhouse is a non-profit performing arts center located at 80 East Ridge, parallel to Main Street, Ridgefield, CT and is committed to keeping the arts alive and available to all.