The Ridgefield Playhouse has been transformed into a High School for a new Netflix film Mr. Harrigan’s Phone, written by Stephen King! 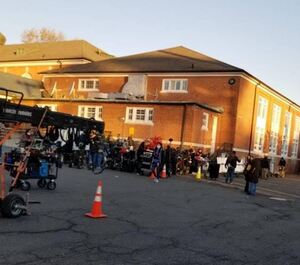 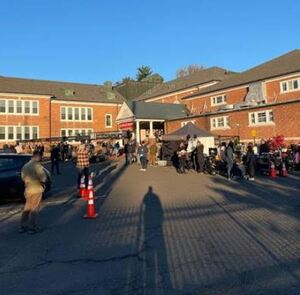 Lights, Camera, Action - The Ridgefield Playhouse, in Ridgefield has been transformed into a High School for a new Netflix film Mr. Harrigan’s Phone, written by Stephen King!

Early Monday morning crews descended on the Playhouse lot to finish the transformation.  Mr. Harrigan’s Phone is from the latest collection of novellas If It Bleeds from best-selling author Stephen King, about a young boy Craig, living in a small town, who befriends an older, reclusive billionaire Mr. Harrigan.

The two form a bond over books and an iPhone, but when the man passes away, the boy discovers that not everything dead is gone, and finds himself able to communicate with his friend from the grave through the iPhone that was buried with him.

The film is directed by John Lee Hancock (The Blindside, The Rookie, Saving Mr. Banks) and expected to come out on the big screen in 2022!