Details
Published on Monday, 10 January 2022 12:39
Written by The Ridgefield Playhouse 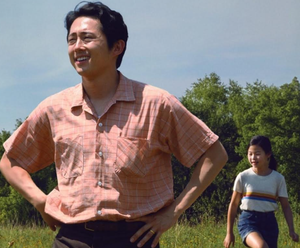 The Second Year of The Ridgefield Playhouse Diversity Film Series, Sponsored by Aquarion Water Company, Broadens Scope of Subjects To Include Other Cultures

In 2020, The Ridgefield Playhouse, a nonprofit 501 (c) (3) performing arts center, created our first Diversity Film Series in an effort to offer our patrons and community the chance to explore cultural diversity through cinema. Throughout the months of October and November, films were presented representing the Black experience, followed by an enlightening discussion led by entertainment report Cheryl Washington that gave a deeper insight into the film and its meaning.  This season, thanks to title sponsor Aquarion Water Company, the series is back and has broadened its scope to explore other cultures; in addition to the Black experience, films include Asian, Jewish, Indigenous people, LGBTQ, special needs and more.

Following each film, a pre-recorded interview, led by Cheryl Washington, will also be screened.  These insightful interviews can also be viewed later on The Ridgefield Playhouse YouTube channel.

Last season, high school classes utilized the YouTube content in their classrooms to further discussions about diversity. The interviews will involve someone who is either a part of the film or has knowledge about the culture offered as the subject matter in the film. A variety of films will be screened - from documentaries to historical subject matters and even pop culture - which will examine, celebrate and amplify the voices of other heritages, cultures and identities.

The series consists of films that cover the entire spectrum of the human condition: joy and despair, hardship and triumph, hope and terror, all adding up to a holistic portrayal of contemporary filmmaking and storytelling. Minari kicks off the series on Thursday, January 27th, in acknowledgment of Korean American Day on January 13th and Lunar New Year on February 1st, with an uncompromising and rare representation of Asian immigrants adjusting to life in a new country while striving for the elusive and coveted American dream of prosperity. Our goal with this series is to increase awareness around the vibrant and complex cultures, histories and experiences that exist through the art of filmmaking.

A tender and sweeping story about what roots us, Minari follows a Korean-American family that moves to an Arkansas farm in search of their own American Dream.

IN RECOGNITION OF THE KOREAN AMERICAN EXPERIENCE

In his acclaimed debut as a filmmaker, Ahmir “Questlove” Thompson presents a powerful and transporting documentary—part music film, part historical record created around an epic event that celebrated Black history, culture and fashion.

The film’s story centers on a young Black couple (Daniel Kaluuya and Jodie Turner-Smith) who go on the run after killing a police officer in the heat of an argument as self defense during a traffic stop.

Celebrating 50 years, the essence of Billie Holiday, one of America’s most loved and memorable blues singers, was captured brilliantly in a tour-de-force debut performance by singer Diana Ross.

BOMBSHELL is a provocative true story of three women who anchored one of America’s most powerful news networks and put their careers on the line to speak out against the man in command, set in the midst of the tumultuous 2016 presidential campaign.

IN RECOGNITION OF WOMEN'S HISTORY MONTH

When David is mandated by a judge to attend a social program, he is sure of one thing: he doesn’t belong there. But when he’s assigned to visit the Brooklyn Bridge with Sarah, sparks fly.

IN RECOGNITION OF JEWISH FILMMAKERS

This Academy Award-winning film (Best Picture, Best Director, Best International Feature Film) follows a poor family who scheme to become employed by a wealthy family and infiltrate their household by posing as unrelated, highly qualified individuals. This is the first non-English language film to win the Academy Award for Best Picture.

IN RECOGNITION OF JUNETEENTH

“Cured” takes viewers inside the campaign that led to a pivotal yet largely unknown moment in the struggle for LGBT equality: the American Psychiatric Association’s 1973 decision to remove homosexuality from its list of mental illnesses.

IN RECOGNITION OF PRIDE MONTH

The film stars Jeremy Renner and Elizabeth Olsen as a U.S. Fish and Wildlife Service tracker and an FBI agent, respectively, who try to solve a murder on the Wind River Indian Reservation in Wyoming.

IN RECOGNITION OF INDIGENOUS PEOPLE'S DAY

For more information or to purchase touchless print at home ticket ($10) go online at www.ridgefieldplayhouse.org or, you can visit or call the box office (203) 438-5795.  The Ridgefield Playhouse is a non-profit performing arts center located at 80 East Ridge, parallel to Main Street, Ridgefield, CT and is committed to keeping the arts alive and available to all.