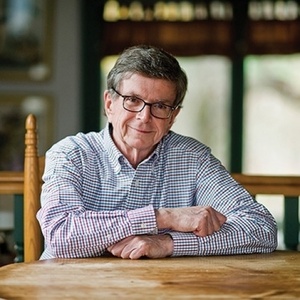 On Sunday, February 13th at 2:00 p.m. Jack Sanders, an editor of The Ridgefield Press for 45 years, will give an in-person talk at the Ridgefield Library about an underground railroad station in Ridgefield that was run by an African-American couple named Uncle Ned and Aunt Betsey Armstrong. According to an 1879 article in The New York Tribune, Uncle Ned was “a man who devoted a life to an idea, the freedom of his colored brothers of the South.” Two of the Ridgefield-born Armstrong grandchildren went on to fight slavery in the Civil War, one of whom was among the last victims of the conflict.

Jack Sanders has written many articles and columns about the town’s history, as well as four books. His website, RidgefieldHistory.com has a large collection of his writings on Ridgefield’s place names and notable residents and offers a detailed timeline of Ridgefield history over three centuries. He also maintains the Old Ridgefield group on Facebook, which has 3,000 followers. Sanders has also written books on natural history, including “The Secrets of Wildflowers,” and has served as a consultant and writer for the Ridgefield Historical Society. He and his wife, Sally, also a newspaper editor, live in a late 1700s house in the village of Ridgefield and have two grown sons. Please register for this in-person program at ridgefieldlibrary.org or call 203-438-2282.