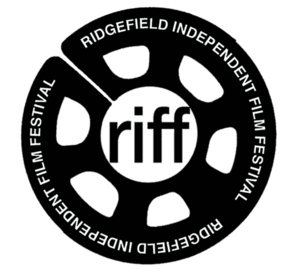 The Ridgefield Independent Film Festival will present Best of RIFF Shorts Fest on Sunday, August 21st at 2pm at The Ridgefield Playhouse.

The 90-minute program will highlight the best short films from the festival’s seven-year history, including some new shorts submissions.

Best of RIFF Shorts marks the official return of RIFF Founder, Joanne Hudson, who established the festival in 2015 and served as Festival Director for the inaugural year in 2016. While Joanne has remained involved in various capacities over the years, she is now heading up the newly appointed board of directors for RIFF.

Earlier this month, the new board met for the first time to elect officers and plan the film festival going forward. The Ridgefield Independent Film Festival Board of Directors is as follows: Joanne Hudson, Chairman; Pamme Jones, Secretary; Danielle Di Vecchio, Treasurer; Jill Mango, Member. In addition to their roles on the board, Joanne and Jill will be returning to their previously held positions of Festival Director and Director of Marketing, respectively.

RIFF Executive Director, Geoffrey Morris will be stepping down but will remain as a Friend of the Festival. Biographies of the new team can be found at https://www.riffct.org/team.

“I am so excited to be leading the festival that I founded and to reaffirm its mission to make the world a more compassionate place through the sharing of stories through cinema,” said Festival Director, Joanne Hudson. “I’m grateful for the stewardship of Megan Smith-Harris and Geoffrey Morris these past few years. Their expertise and dedication brought much attention to RIFF and we intend to build on the incredible community support they cultivated.”

As this is a transition year and one of the festival’s main venues will be under construction this Fall, and in an effort to raise more funds to put on a proper festival and reestablish the RIFF interns program in partnership with local high schools, the board voted unanimously to move the main festival back to May (the original festival month) with tentative dates of May 18-21, 2023 selected.

Ridgefield Independent Film Festival was founded in 2015 by local playwright and filmmaker, Joanne Hudson and presented its first iteration in May of 2016 at seven venues throughout Ridgefield, CT; screening 72 films from 26 countries. Since then (under Festival Directors: Megan Smith Harris, Jill Mango and Sean Murphy, and from 2018-2021 Executive Director, Geoffrey Morris), the festival has attracted the likes of celebrities Allison Williams, Paul Dano and Jeffrey Tambor, as well as talented local and international filmmakers. This revamped festival will be an intimate and highly curated festival with the same independent spirit in which it began: in the hopes of making the world a more compassionate place through the sharing of stories through cinema.