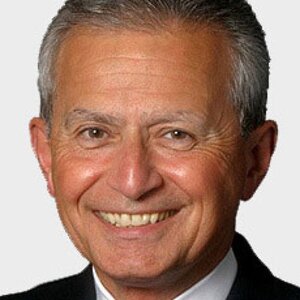 In support of the publication of his new autobiography, the Ridgefield Library and Books on the Common will host a candid conversation and book signing with technology industry legend Nick Donofrio on Thursday, June 23 at 7:00 p.m. at the Library.

A long-time IBM executive with almost six decades experience in technology and innovation, Nick will share stories and insights from his new book If Nothing Changes, Nothing Changes, available in hardcover from Scribe Media beginning May 31.

Widely regarded as “the man who saved the mainframe computer,” Nick will take attendees deep inside the development and launch of landmark technologies such as the IBM S/360, the RS6000, Blue Gene, the Genographic Project and Watson. The stories are all framed within lessons learned early in life from Nick’s humble blue-collar father and mother.

In addition to an interview with his former IBM colleague David Yaun, Nick will entertain questions from the audience. He will also personally sign copies of his book, which will be available for purchase at the event from Books on the Common. Proceeds will benefit the Library’s annual operating fund.

According to Nick’s publisher Scribe Media:

"Guiseppe D’Onofrio emigrated to America in 1904, becoming a hatmaker in Beacon, New York’s Italian ghetto. His third son, Nicholas Joseph Donofrio, served as an aircraft mechanic in World War II, returning home to become a guard at a hospital for the criminally insane.

Nicholas’s son, Nick Donofrio, grew up to lead the world’s largest and most prolific global technology team as IBM’s Executive Vice President of Innovation and Technology.

If Nothing Changes, Nothing Changes is a powerful testimony to our ability as human beings to drive transformation, not just within the realm of technology but across generations. With both heart and candor, Donofrio explains how he led IBM’s global technical team to embrace a market-centric focus—redefining innovation and sparking worldwide collaboration for a new Big Blue.

Featuring interviews with luminaries such as former IBM CEO Sam Palmisano, Apple’s Jon Rubinstein, AMD CEO Lisa Su, and more than two dozen other industry leaders, this one-of-a-kind autobiography will change everything you think you know about what it means to forge the cutting edge of technology."

Nick wrote If Nothing Changes, Nothing Changes with Michael DeMarco, founder of American Journeys, where he works with executives to document and preserve their unique histories. This is his thirteenth book. Learn more about Michael at www.americanjourneys.biz.

More information on this and other Ridgefield Library events is available at www.ridgefieldlibrary.org