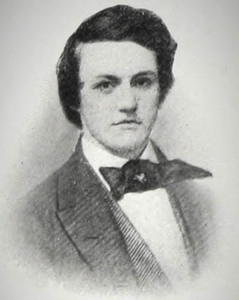 This Sunday, September 25, the Peter Parley/West Lane District Schoolhouse, will celebrate another Ridgefielder who made his name in education and, like Samuel G. Goodrich (Peter Parley), graduated from the one-room school at the intersection of West Lane and South Salem Road.

Cyrus Northrop, whose family farm was nearby, completed his early education at West Lane then went on to further study at a private school in town, taught at the Center School when he was 15, and eventually went on to Yale University, where he later was an esteemed professor. The fledgling University of Minnesota recruited him to serve as president and he oversaw the huge expansion of the Minneapolis/St. Paul school. His namesakes in Minnesota include the huge auditorium at the university, designed by Cass Gilbert; a mountain; and even a town in the state. The beloved President Emeritus Northrop died at the age of 87 in 1922.

In his later years, President Northrop recorded some thoughts on his Ridgefield school days; they were not totally complimentary of his experience at West Lane.

Find out more about Cyrus Northrop and the Schoolhouse on Sunday from 1 to 4; Ridgefield Historical Society volunteers Jack and Sally Sanders will be on hand to answer questions and welcome visitors to the school, a mini-museum of early education.

Sundays at the Schoolhouse is supported by Fairfield County Bank; the final event for 2022 will be on Halloween Eve, Oct. 30, from 1 to 4. Come in costume for treats and a ghost story or two!