Founders Hall Will Host Talk on Varian Fry, Ridgefield Resident Who Saved Marc Chagall and Many Others During World War II 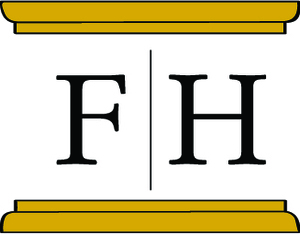 Former Ridgefield resident Rita L. Frost will give a seminar at Founders Hall on Friday, January 20, 2023, at 1pm, which is open to the public.

The topic will be Varian Fry, an American journalist who helped famous artist Marc Chagall and over 2,000 other anti-Nazi refugees, including a number of prominent writers and artists, escape from France between 1940 and 1941 and emigrate to the United States. A former Ridgefield resident, Fry taught at Ridgefield High School and the Joel Barlow School in Easton and died in 1967 at age 59.

Varian Fry was the first American to be named “Righteous Among the Nations” by Yad Vashem (Israel’s official memorial to Holocaust victims) for risking his life to rescue Jews. There are at least twelve books about him, including “A Hero of Our Own” by Sheila Isenberg. There are also at least two films about him, and a Netflix series "Transatlantic” is coming out early next year. He is commemorated with a name sign in the Ridgefield High School Library Learning Commons.

Through her research, Ms. Frost met fascinating people involved with Fry. One was living right in town: Founders Hall member Gys Landsberger, who has since passed away. Gys was coaxed to give a talk with Ms. Frost at the Ridgefield Library and in Newtown.

Fry’s life became Ms. Frost’s passion after reading of his heroism in Vichy, France in the Ridgefield Press twenty some years ago.  Ms. Frost has met with Fry’s son, along with Dr. Justus Rosenberg, who had worked in Fry’s Vichy office when he was 16. She also hosted Amy Ernst, granddaughter of artist/survivor Max Ernst.

Rita L. Frost is an artist, photographer, and poet, formerly from Ridgefield, now living in Newtown with her four cats. Her paintings and photographs are in collections throughout the Northeast and are in the collection of Golda Meir and ambassadors from Turkey and Bulgaria and in numerous corporations. After studying at the San Francisco Art School, Frost moved back to New York City and later had a scholarship to study in Firenze at the Accademia di Belle Arti.

Founders Hall was conceived and built by Founders Hall Foundation, Inc., a not-for-profit organization started by the families of Elaine and John Couri and Liz and Steven Goldstone. Their objective was to set a new standard for senior recreation and education by combining a state-of-the-art facility with a caring staff and an exciting curriculum of classes and activities. Founders Hall has approximately 3,200 active members and is dedicated to providing a diverse program of social, educational and physical fitness programs for today’s active seniors in a warm, fun and stimulating atmosphere.