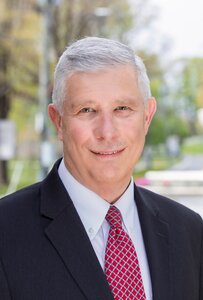 Bob Hebert has demonstrated his ability to lead, as shown in his thoughtful, non-partisan decision making on the Board of Selectmen, and endorsements by the National Federation of Independent Business’s, the Independent Party of Connecticut, the Ridgefield Republican Town Committee, the Ridgefield Police Union, and the Statewide Realtors Association. Bob was given the stamp of approval by retiring State Representative John Frey and former State Senator Toni Bucher. Bob will represent Ridgefield in Hartford by supporting policies that stand up for law and order; oppose the regionalization of our schools; and oppose state mandates that will dictate local zoning laws.
I have known Bob for 20 years, and had the privilege  of working alongside him in various committees. He is humble, pragmatic, and intelligent. He listens, and he is decisive. We need Bob’s leadership in Hartford. Please join me in voting for Bob on Nov. 3rd.