Town of Ridgefield to Survey and Remove Dead Ash Trees 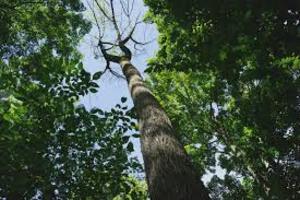 Do you have a dead ash tree on town property in front of your home?

The Town of Ridgefield will begin surveying these trees with the goal of ultimately removing them. In September members of the Community Emergency Response Team and other volunteers will be out on town streets looking for dead trees.

You will be informed of the dates of the survey and what to expect if you see the volunteers on your street. You will also be given an opportunity to report trees yourself using a special email system.

Ash trees are the most prominent victim of the emerald ash borer, which first appeared in Connecticut in 2012 after a slow but relentless spread across the country and has been gradually decimating the ash population in Connecticut since.

The emerald ash borer is a small, green beetle that belongs to a large family of beetles known as the buprestids, or metallic wood-boring beetles. The description is apt, as many of the adult buprestids are indeed glossy, appearing as if their wing covers are made of polished metal. The emerald ash borer, with its green, iridescent wing covers, fits right in. Adult EABs are relatively slender and between 0.3 to 0.55 inches in length -- small by most standards but large compared to other buprestids.