Search for artifacts in Ridgefield may confirm new theory of battle 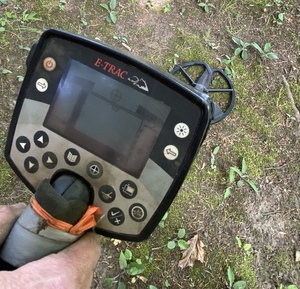 When General William Tryon and his British and Loyalist troops marched through Ridgefield in 1777, there were probably not three discrete engagements as has been commonly thought, but more of a running battle.

To test their interpretation of the battle and to further understand the April 27 events, a next step will be to use metal detectors to look for physical evidence of the fighting along the routes believed taken by the invaders and the defenders. The consultants expect to find bullets and buttons, possibly cannonballs and other artifacts of war, to provide evidence of the soldiers’ presence.

Over the nearly two and a half centuries since the battle, pieces of evidence have turned up and the researchers have recorded the known artifacts in a comprehensive database. But surprises are still to be found, as evidenced by the four skeletons uncovered off Main Street in 2019.

Right now, the Ridgefield Historical Society is asking for landowners’ permission to allow metal detection on their properties. A recent demonstration with several of the Heritage Consultants professionals and volunteers, including local detectorist Elijah Crehan, illustrated how unobtrusive the process is. Using a metal detector, the operator conducts a walking sweep of an area, marking spots that may suggest further investigation is warranted.

Any spots that will be hand excavated are treated with care. After laying down a sheet of plastic, the investigators use a trenching shovel to remove a circle of sod, keeping it intact and placing it on the plastic. Then the soil is loosened and a hand-held probe is used to determine the exact location of the possible artifact. If one is found, the object is bagged, the soil is returned to the hole and the sod is restored to its place, leaving no visible evidence of the “dig.”

The artifact, if it appears to be from the Revolutionary era, will be the property of the National Park Service, which typically finds a secure location for such items once studies are completed. The Ridgefield Historical Society’s climate-controlled vault would be an obvious choice, the research team said.

Anything uncovered that is not of the period being studied will be presented to the landowner; common finds have been coins, buttons, utensils and jewelry.

To participate, email This email address is being protected from spambots. You need JavaScript enabled to view it. .