The Making of A Virgin: HamletHub editor chats with David Tait 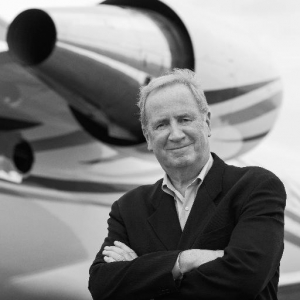 It comes as no surprise to learn that New Canaan, Connecticut is full of driven, connected, and highly successful individuals. I recently spoke to David Tait, OBE and the man responsible for building up Virgin Atlantic Airways, alongside Sir Richard Branson. He informed me of his 2016 plans, to talk to entrepreneurs about his fascinating journey. And, where most people would quake with fear, it seems Tait is most happy sharing his extensive knowledge to an audience of hundreds (thousands) as an inspirational, public speaker. A Strategic Storyteller. And with such a remarkable, motivational story to tell - you had better get in line.

As Sir Richard Branson readily acknowledges, Virgin Atlantic Airways’ success was built on the back of Tait’s vision, people skills, passionate focus on customer service and flair for edgy ‘jugular’ marketing and promotions. As such, today’s multi-faceted Virgin Group owes much to Tait’s foundation building with the nascent airline brand. His insider take on ‘The Making of a Virgin’ is a unique tale with a host of lessons for every entrepreneur – especially any David with sights on a Goliath!

As an airline executive, entrepreneur, marketing and branding consultant, writer and travel columnist, Tait has worked closely with Sir Richard Branson for over 30 years and has also advised on several of his best selling business books. Tait cut his teeth on the airline business with the legendary Sir Freddie Laker, whose revolutionary Laker Skytrain Service rewrote the book on transatlantic air travel, before his ailing major competitors conspired to drive Laker Airways out of business.

In 1984, after years of frustration with the appalling service and high fares of the big transatlantic airlines, Virgin Records owner Branson declared, “There has to be a better way!” He was urged by Laker to contact Tait. Intrigued, he agreed to work with Branson on what, by the conventional wisdom of the day, was a maniacal notion - starting a transatlantic airline from scratch, that would challenge the entrenched Goliaths of aviation.

But Branson’s brand of wisdom has never been conventional, and with lessons learned from Laker’s earlier experiences he and Tait crafted the business plan for what became Virgin Atlantic Airways: It focused on FUN - a word rarely associated with airlines - hiring great people to deliver consistently outstanding customer service, value-pricing and disruptive innovations like seatback video screens. “Under-promise and over-deliver” was and still is the privately held carrier’s mantra.

In January 1984, Tait became the airline’s first employee and in June of that year, with a single leased Boeing 747 Virgin Atlantic began service between London and New York. Based in Manhattan, he spent the next two decades as Executive Vice President and Executive Director running the company’s North American business and building a critically acclaimed and consistently profitable carrier with over $4 billion in annual revenues.

Tait says that of all the compliments paid to Virgin Atlantic over the years, his favorite is: “You have an outstanding marketing company with an unusually good airline department”.

In 2001 at Buckingham Palace, Tait was awarded an OBE (Officer of the Order of The British Empire) by Queen Elizabeth for “Services to British aviation in the United States”.

Tait was also heavily involved with the start up of what was to become JetBlue… but that’s another story!

He continues to regularly contribute for Travel Industry Today

For inquiries and booking contact:  This email address is being protected from spambots. You need JavaScript enabled to view it.