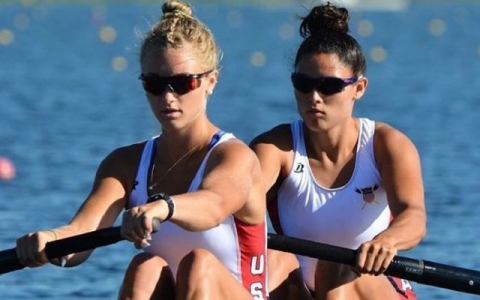 “That is just what we trained for,” US women’s junior national team and CBC coach Liz Trond told USRowing after Kynast and Marchak won their heat by more than six seconds. “It is their first international race in a small boat, so in the pair, anything could happen. I am very proud. They executed what we had been practicing perfectly. This might be one of the most fun boats I have ever coached. They have completely different personalities, but they complement each other very well.”

Julia Cornacchia of Darien also competed at USRowing’s World Rowing Junior Championships as part of USRowing’s U-19 National Team competing in the Women’s 8+ that finished fifth.