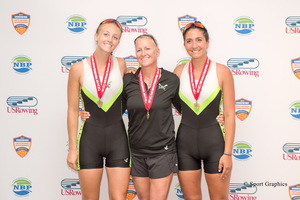 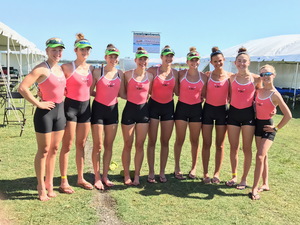 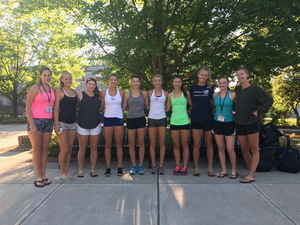 Connecticut Boat Club (CBC) took GOLD in the pair at the 2017 USRowing Youth National Championships winning the race by over 20 seconds. In order to qualify for this event, athletes competed in a regional qualifier and had to place in the top three.

The Northeast Region is one of the most difficult to qualify in because of the large number of high caliber teams. Attending the national championship is an honor because it is the highest level of rowing for high school athletes. Over one thousand of the nation’s most talented athletes from across the country competed in eighteen events for national titles and honors.

CBC also took twelfth place out of forty boats for the Varsity 8+ and posted the 9th fastest time on the time trials.  The boat consisted of two freshmen, three sophomores, one junior, and two seniors. This was the youngest boat CBC has brought to Youth Nationals.

Connecticut Boat Club is a high performance girl’s youth (middle school and high school) rowing club and Women’s Masters program based on the Norwalk River in Norwalk, Connecticut.  Founded in the spring of 2010 by U.S. National Team Junior/CBC head coach Liz Trond, the team includes girls from throughout southwestern Connecticut and Westchester County New York.  CBC has proven to be a dominant force in scholastic rowing, most notably bringing home medals at the 2016 Junior Worlds where Kaitlyn Kynast took the Bronze in the pair. CBC +dominates their competition at races including the Head of the Charles, the San Diego Crew Classic, the Saratoga Invitational, the Head of the Schuylkill, and the Head of the Housatonic to name a few.  For more information please visit the website and Facebook page.