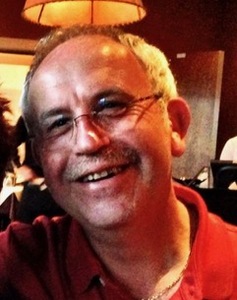 William “Bill” J. Bellion, 64, of Danbury, formerly of Ridgefield, passed away on Monday, November 19, 2018. He was the loving husband of Susan (Iervolino) Bellion.

Bill was born on July 15, 1954 in the Bronx, NY; a son of the late Henry and Marjorie (Turner) Bellion. Bill grew up in Eastchester, NY and later moved to Ridgefield, CT when he married Sue in 1993. Bill graduated from Scarsdale High School. He was very active in Boy Scouts where he was selected for Order of the Arrow and was recognized for his outstanding service and given the Vigil Honor. Bill was also a Scoutmaster in Pelham, NY and Program Director for 7 summers at Camp Siwanoy in Wingdale, NY and Camp Read in Brant Lake, NY.

A longtime Ridgefield resident, Bill was an active member of St. Mary’s Church. He was a catechist for 20 years, co-founder and longtime youth minister of Life Teen, a team member of the Disciples for Life retreat, and a devoted parishioner. He worked at BOCES in Valhalla, NY where he particularly enjoyed working with special needs children. He also worked for Squash’s in Ridgefield for many years, Ridgefield Parks and Recreation and most recently worked at Fairfield County Bank in Ridgefield.