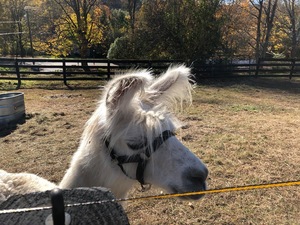 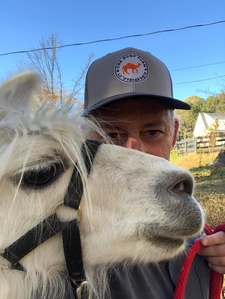 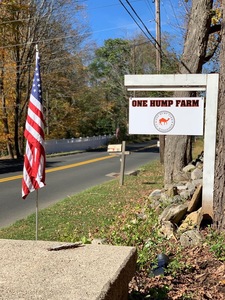 Robb and Stephanie Heering, the owners of Ridgefield's popular One Hump Farm, announced on One Hump Farm Facebook page that a new family member has joined the pack! Meet Harry (aka Barack O'Llama). "He’s estimated to be 6 years old, of Argentinian descent," says Robb.

The Heering family rescues and advocates for at-risk camels around the world through their non-profit entity International Camel Rescue, an IRS approved 501c3 charity. You can read about and support this nonprofit HERE.

Robb says that Harry was allegedly fed moldy goat food and "otherwise ignored and not cared for until last year when a partner rescue farm brought him in and had him gelded, and treated for kidney issues, dewormed and cleaned up." He’s now a happy One Hump Farm resident.

And, along with Harry comes a brand new (and quite handsome) One Hump Farm sign! "It mysteriously and (so far) anonymously gifted by someone," says Robb.