Carmela A. Tripi, 91, of Ridgefield, has Died 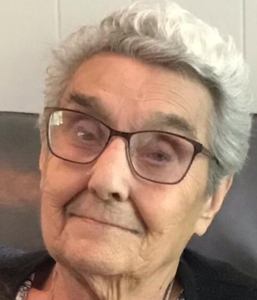 Mrs. Tripi was born in Queens, NY on April 9, 1929; a daughter of the late Giovanni and Anna (Giuliani) Diomede.

A longtime resident of Ridgefield, Mrs. Tripi was a member of St. Mary’s Church. She was employed by the Boy Scouts of America, Ridgefield Police Department and Boehringer Ingleheim.

Mrs. Tripi enjoyed spending time with her family and many friends, along with her outings to Founders Hall to participate in card games and events. She also was a part of a bowling league, which was one of her favorite pastimes. Mrs. Tripi was also very involved in her faith, providing generous help to multiple charities and those in need.

In addition to her parents and her husband, Bernard, Mrs. Tripi was predeceased by a son, Thomas.

Funeral services will be private. Memorial contributions can be made to the Ridgefield Volunteer Fire Department; 6 Catoonah Street, Ridgefield. Kane Funeral Home, Ridgefield is in care of funeral arrangements.