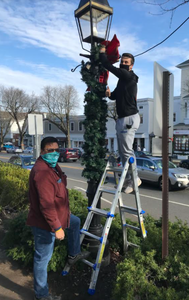 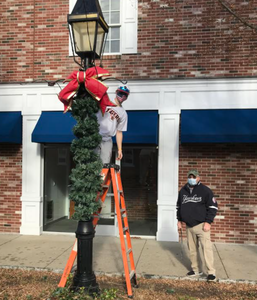 This past Saturday American Legion Post 78 veterans with the help of their Legion Sr. baseball players decorated the lampposts throughout downtown in preparation for the holidays.  They also received assistance from two Marines of Fairfield County.

The Legion veterans have been performing this task for over the past 13years when they began assisting the Caudatowa Garden Club who had decorated downtown in prior years.