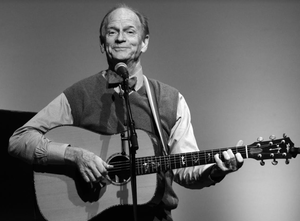 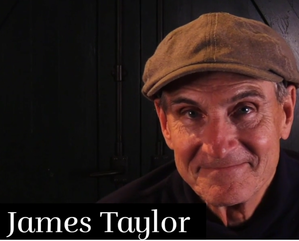 On Saturday, November 21st , Livingston Taylor’s actual birthday, Taylor performed a socially distanced concert at The Playhouse.  As he recalled to the crowd, he was born on that day in 1950, and his older brother James was born in 1948, a detail that Taylor often takes joy in reminding everyone, especially his brother. The tone of the evening was celebratory in more ways than one, as Taylor seemed to relish the opportunity to perform in front of a live audience again and the audience relished the opportunity to hear live music. Because of state regulations, there were only 90 people in the 500 seat theater, but the sound of music, laughter and joy filled the room.

Fans were treated to a varied set of originals and cover songs including selections ranging from Rogers and Hammerstein to The Beatles. After Taylor’s encore, The Playhouse staff wheeled out a musical note adorned birthday cake (courtesy of Cakebox) and Taylor led the audience through the Happy Birthday song. To close out the evening, The Playhouse had one more surprise in store – a series of virtual birthday wishes from Taylor’s family and friends. Both Taylor and the crowd were pleasantly surprised to see familiar faces including his brother James Taylor, good friend Jimmy Buffett, Carly Simon, Gavin DeGraw, Vince Gill, David Sanborn, Janis Ian, and a host of many others. Taylor watched from the stage with an elated expression and after the video finished, he returned to the microphone and told the crowd this was his most special birthday to date.

For as difficult as 2020 has been, the occasion was a welcomed reminder that music still has the capacity to bring us together and lift us up, even for a short time.