The bluebird returns to backyards - this one's for you Tom Meyer, aka Mr. Bluebird 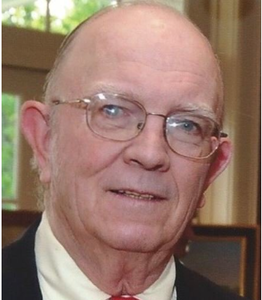 With patches of snow still covering the thawing ground, the Eastern Bluebird appears, waking all living creatures and breaking the cold spell of winter with his melodious songs.

The bluebirds are not the only ones singing. This docile little animal has the natural ability to make people happy. In the words of renowned poet Henry David Thoreau, “The bluebird is like a speck of clear blue sky seen near the end of a storm, reminding us of an ethereal region and a heaven which we had forgotten.”

A radiant color blue with a warm reddish breast, the male bluebird is as beautiful as he is charming. Several years ago when I was writing for Ridgefield Magazine, I interviewed a gentleman known in and around Westchester as "Mr. Bluebird". He indeed earned this name for Tom Meyer put up thousands of bluebird houses in his lifetime.

I just learned that Tom Meyer, a trained bluebird rehabilitator and longtime Bedford, NY resident, passed away peacefully on February 11, 2021. I will never forget this man and I'm forever grateful for the wisdom he bestowed upon me. And, I find it heartwarming that he passed in February - such an important month in the life of a bluebird and a time that Meyer likely anticipated all year long for this is when the male bluebird arrives back in the northeast!

Meyer told me that the male comes ahead of his mate so he can search for a home worthy to present to her. Once he finds it, he beckons her with joyful chirps to come and approve one of the nest boxes he has selected to raise their family. “He will sit on top of the house fluttering and may show her 3 or 4 spots, just like a real estate agent,”  Meyer chuckled as he explained the beautiful bluebird courtship.

Meyer too has been called to a new home.

Meyer explained to me that the female, who has lighter blue wings and tail, a brownish throat and breast and grey crown, gets busy creating a nest and promptly lays 4-5 eggs. She diligently incubates her eggs for two weeks. Once hatched, mom and dad share the responsibility of feeding the brood insects. “They kind of alternate, you’ll see the female go in and then the male and as the babies grow, the insects get bigger and bigger,” he said.

It’s the glory and awe of nature at work-  a beautiful story of cohabitation, parenting, and shared responsibility.

During our interview, Meyer told me that he had put up 2,000 bluebird boxes in the Bedford area. On his list: Bedford friend and neighbor, actress Glen Close. “About 20 years ago, Glen called me to put up some boxes. I remember taking her daughter, Annie on my shoulders so she could see the bluebirds, she said, “Oh, they look like pencil erasers."

In addition, after Christopher Reeve’s horseback riding accident which left him paralyzed from the neck down, Meyer received a call from Reeve’s wife. “Dana asked me to put up a box on their back lawn,” he said.

Believe it or not, if not for the effort and intervention of Eastern Bluebird-loving humans, today, spring would arrive without the beauty and promise of the bluebird. There were several decades spanning the years from 1900-1970 when it was not easy for the kind spirited bluebird to find a natural nesting cavity.

Putting up a backyard nest-box is a fantastic way to assure the population of bluebirds continues to increase. But, I learned during our interview that it's not a "set it and forget it" project. it’s a commitment, if someone wants to have a bluebird box, they’ve got to monitor it, that’s part of the success. You need to know what’s going on inside the box. You need to check on the babies! The Eastern Bluebird can nest up to three times a season. When they’re done nesting, you need to clean it out right away because they need to get back in there and do their thing again.

Meyer inspired me to head to Ridgefield supply and purchase the necessary materials to create a backyard bluebird house. It's still in my yard, and I'm thankful for Mr. Bluebird's inspiration and vast knowledge. Seeing this beautiful bird again, after a punishing winter, fills me with hope.

The preservation and recovery of the Eastern Bluebird continues, in backyards, parks and golf courses throughout the northeast.

As our interview concluded, Meyers said, "If I could use one word to describe the bluebird, I’d say magical."

The bluebird is like a speck of clear blue sky seen near the end of a storm, reminding us of an ethereal region and a heaven which we had forgotten. - Henry David Thoreau