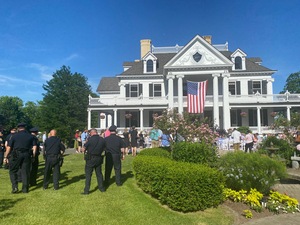 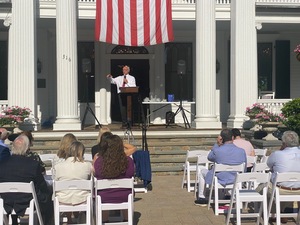 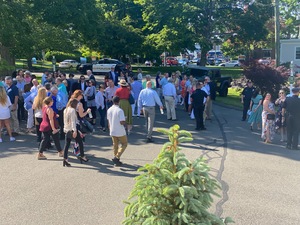 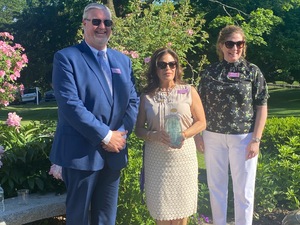 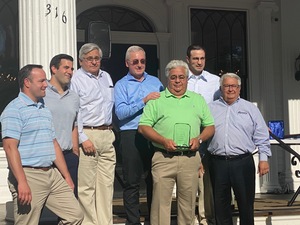 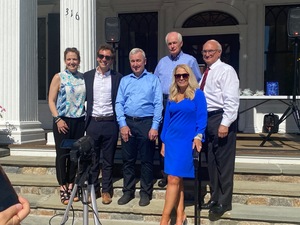 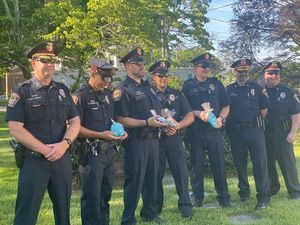 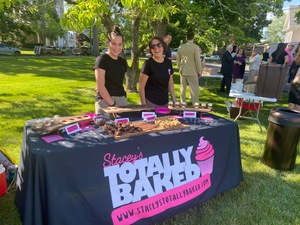 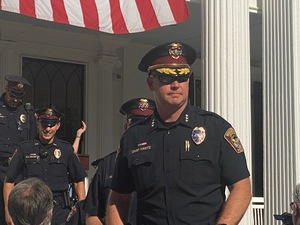 The picturesque grounds of one of Ridgefield's most beloved landmarks, the Lounsbury House, served as the venue for today’s State of the Town Address sponsored by the Ridgefield Chamber of Commerce and fittingly titled “Moving Forward ''.

With the Ridgefield Symphony Orchestra performing on the porch, about 100 attendees mingled in front of the Lounsbury House enjoying small bites and beverages prior to the main stage event, First Selectman Rudy Marconi's State of the Town address, and the recognition of some individuals and organizations who were essential to the safety and vibrancy of our community during COVID-19.

First Selectman Rudy Marconi spoke about the arts being the economic engine for our town and the 7 plus million in funds the town received from American Rescue Plan Act (ARPA). He also spoke about the recent Cultural District designation, and several community projects. In July Eversource will be updating the electrical lines in the downtown area in an effort to reduce some of the outages experienced due to storms. This work, Marconi said, will be completed in the evening. Projects halted due to COVID will now resume including renovating the auditorium of Veterans Park school and the addition of parking spaces in the Governor Street parking lot.

Following Marconi’s State of the Town address, the Chamber awarded several individuals and organizations who have gone above and beyond this past year serving the community. Recipients include members of the Ridgefield Police Department, Ridgefield Fire Department and EMS, RVNAhealth, Dick Aarons/CERT, Meals on Wheels, Ridgefield Arts Council, and Pamby Motors.

Thank you to the event sponsors: Fairfield County Bank and Oak Ridge Waste & Recycling, as well as the restaurants and food establishments who were part of today’s event including 850 Wood Fired Restaurant, Tazza Cafe, Barn Door, and Stacey’s Totally Baked.