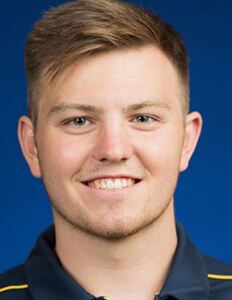 Congratulations to Ridgefield resident AJ Bornstein who has advanced to the Olympic Trials Semifinals tonight in the 200 Breast! AJ got a personal best and moved up 4 spots from his original seed.
Cheer him on at 8pm on NBC!

AJ Bornstein, Connor Hunt and Kieran Smith (all at Olympic Trials in Omaha, Nebraska) are RHS grads and Ridgefield Aquatic Club alumni who trained under Emmanuel Lanzo. Hunt, a senior at RHS, will join Bornstein in the pool next year at Michigan. Smith is a swimmer at the University of Florida.

Smith has qualified for the U.S. Olympic Swim team in both the 200M and 400M Freestyle.

The finals will be broadcast live on NBC through June 20.  The full TV schedule can be viewed HERE.

To stay up to date on the Olympic Trials, visit SwimSwam online here.
The 2021 Summer Olympics are less than six weeks away and will take place in Tokyo at Japan National Stadium beginning July 23, 2021.
*Image courtesy Michigan Men's Swimming