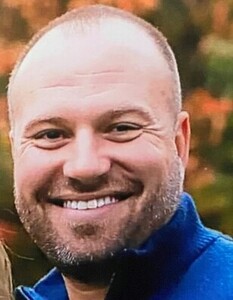 Carl G. Whitbeck III, best known as “Pepper,” passed away on Thursday, July 29, 2021. He was the loving husband of Gabriella (Thiele) Whitbeck and devoted father of Alexandra Grace (13), Jackson Kane (12), and Siena Catherine (7).

Pepper started his career at Lehman Brothers working in investment banking. In 2002 he joined AXA Investment Managers where he spent the next twenty years working tirelessly to create and foster a best-in-class investment team. As the Head of US Fixed Income and US High Yield, colleagues and clients alike had great respect for Pepper, inspired by his sincerity, professionalism, and dedication.

Outside of work, Pepper was a devoted supporter of his children and the activities they explored: he coached basketball, lacrosse, and football, and was often found on the sidelines cheering them in soccer, basketball, football, lacrosse, skiing, and swimming. He was their biggest champion.

A fierce competitor himself, Pepper also completed triathlons, loved a round of golf with friends, and was a key member of the Ridgefield Men’s Softball League. He was an avid skier and enjoyed many winters with family and friends in Stratton, Vermont. His childhood on the Cape nurtured a love of the ocean that was recently rekindled with his wife and children on the beaches of Watch Hill, Rhode Island.

Despite all of Pepper’s success in his career and the hobbies he enjoyed, nothing was more important to him than time spent with his wife of 17 years, Gabriella, and their 3 children; Alexandra, Jackson, and Siena. Together as a family they visited foreign countries and exotic beaches, skied Europe, swam with pigs, and rode camels in the desert. And yet, some of the best memories were made at home: sitting by the pool in summer; snuggling by a fire in winter. Pepper loved conversation and loved to be surrounded by his wife, his children, and the special people in his life who would talk with him, challenge him, learn from him, and laugh with him.

He was so loved.

Pepper was predeceased by his mother, Catherine (Kane) Whitbeck, and his father-in-law, Gary Thiele.

Please Note: Per the CDC and State of CT Department of Public Health, wearing a mask or other facial covering is recommended while attending a public indoor gathering.