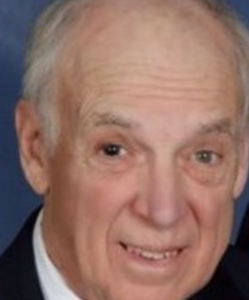 Ralph Nathan Green, of Ridgefield, Connecticut, and husband of Joan (Bass) Green, died on October 23, 2021 with his wife of 58 years by his side. Ralph is survived by his daughter, Denise E. Thompson, of Australia, and her children, Rebecca, Jacob and Mark, and by his son and daughter-in-law, William R. Green and Kyla (Burgoon) Green of Ridgefield, and their children, James, Jonathan and Mary.

Ralph was born in Norwalk Hospital on May 9, 1942, the only son of Ralph Sr. and Dorothy Green of Georgetown, Connecticut. He graduated from Danbury High School in 1960 and attended college at Central Connecticut State University in New Britain. He began his career in 1962 at the U.S. Postal Service in Wilton, where he worked until he retired as Supervisor of Mail and Delivery after 26 years of service. After retiring, he continued to work at his lawn business, Green Lawn Maintenance, until as recently as 2018. Ralph gave of his time generously, maintaining the lawn at his church, Jesse Lee Memorial United Methodist Church, for more than 48 years.

Ralph enjoyed many things, including traveling with his wife to Italy and France, as well as to Austria and trips to Utah with his family. He was an avid camper in the 1970’s and was a Boy Scout Leader for his son’s troops.

Ralph loved skiing and teaching, and spent 46 years in Ski Patrol, teaching many people to ski, including his grandchildren. He also coached his grandson’s Ridgefield Little League team. He enjoyed going to the Finger Lakes to visit wineries and was always eager to share his latest bottle of wine with family and friends. He loved eating a good meal, cooking for family and friends on his grill, and making home improvements on the house he designed and helped construct over 50 years ago.

He was an avid history buff, especially family history and genealogy, which he studied for over 30 years, and was a Son of the American Revolution. He enjoyed all kinds of music, from Jazz to Blues, and Classical to Pink Floyd.

Ralph is also survived by numerous friends all of whom, with his loving family, will miss him dearly.

In lieu of flowers, donations can be made to Regional Hospice of Danbury, Ridgefield Fire Department, or Jesse Lee Memorial United Methodist Church.