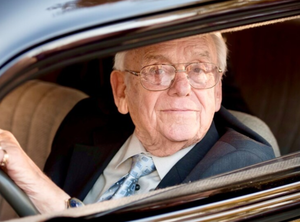 Andrew John Montanari Sr. died peacefully on December 4, 2021, at the home in Ridgefield that he built with his beloved wife Nancy 65 years ago. Andy was born in Ridgefield, Connecticut on April 30, 1932 to Ciro and Teresa (Archeli) Montanari, the youngest of five siblings. He graduated from Ridgefield High School in 1950. After graduation, he served in the Air Force as a mechanic. He married Nancy (Marshall) Montanari in 1955. They raised five children and were married for 65 years until Nancy’s passing in May 2020.

He made his career at Montanari Fuel Service in Ridgefield, a business started by his brothers Fred and Frank Montanari. He served as president of Montanari Fuel for more than 20 years before his retirement. Andy was an active member of the Ridgefield community and over his lifetime enjoyed being part of the Italian American Mutual Aid Society, the Old Timers Association, and American Legion Post 78.

Andy loved life, friends and family. Above all, his greatest joy was spending time with his 17 grandchildren.

Outside of his work at Montanari Fuel, people in town knew Andy from the racetrack. He was a well-known member of the Southern New York Racing Association and was famous for driving the number 55 car at Danbury Fair Racearena for more than two decades. After he hung up his racing helmet, he took to his home garage and rebuilt nearly a dozen classic cars over the years, including vintage hot rods. Over the decades, Andy made more friends than anyone could truly count with his dizzying array of hobbies, many food related, as he loved to celebrate his Italian heritage. He was always prepared to treat friends and family to his delicious cooking, homemade wine, limoncello, fresh bread and cured meats that he prepared with his buddies during all-day events in the backyard barn.

Each holiday season, he gathered his extended family to make dozens of homemade ravioli using his mom’s precious recipe. Often, he could be found roasting a whole pig in his custom roaster that he made from a 275-gallon oil tank or grilling for the staff at Montanari Fuel for any special occasion. If he wasn’t cooking, he could be found on the golf course at his Florida home, or enjoying the ocean air at his home in Chatham, Massachusetts. Trips to Italy with his family and keeping in touch with his relatives there brought him immense happiness as a proud Italian American. His friends and family remain convinced he could do it all, as his dear friend Paul Baker once wrote: “Most of us can lay claim to some degree of talent, but few, if any, can equal those of Andy Montanari Sr.”

Services will be held privately. In lieu of flowers, donations can be made to the Reeno Foundation at https://reenofoundation.org or to American Legion Post 78, P.O. Box 145, Ridgefield, CT 06877. Kane Funeral Home is in care of arrangements.