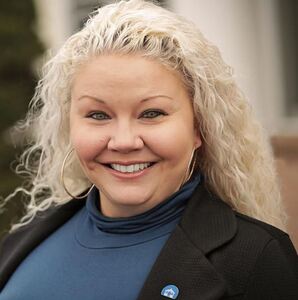 Wendy Souppa, Vice President and Manager of Deposit Operations at Fairfield County Bank, received the 2022 New Leaders in Banking award from the Connecticut Bankers Association. This award recognizes an up-and-coming class of noteworthy bankers across the state, who have made significant contributions to their organization.

“Wendy has demonstrated leadership qualities in a multitude of ways, but none more so than her ability to recognize and utilize the talents of the team around her. This ability to engage talent and new ideas has elevated her department to a level of the organization where employees seek the opportunity to work for and with her,” said Andrea Coreau, Senior Vice President, Retail Sales and Operations Leader. “Wendy is an independent thinker who sees her responsibility as not only for how her area functions, but also how the development of new processes from her team will help frontline Bank employees meet the needs of our clients.”

Nominees who demonstrated they made a notable impact within their bank and community were selected by an independent panel of judges.  The honorees were celebrated at the New Leaders Awards Ceremony at the Mohegan Sun on January 13.

Wendy began her banking career more than twenty years ago, starting as a teller with Fairfield County Bank in 2000. After learning the basics of banking, Wendy transferred to Deposit Operations and quickly became an integral part of the team. She was promoted to Assistant Deposit Operations Manager in 2016, and then again to Vice President and Manager of Deposit Operations in 2019, the roll she currently holds.