Ridgefield resident Scott Gregory McLam, 63, has died - celebration of life on Sunday at the Lounsbury House 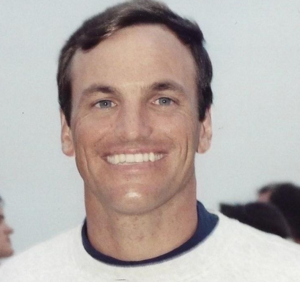 Scott Gregory McLam of Ridgefield, CT, passed away on June 13, 2022 surrounded by his family following a two-decade-long battle with cancer.

Scott met the love of his life, Maureen, in New York City in 1990. The two married on September 19, 1992 and went on to have three children. The pair began their life together in Summit, NJ, then relocated to Boxford, MA, and ultimately settled in Ridgefield, CT where they lived they past 19 years. In his community, Scott was committed to the development of youth sports. He was an active supporter of the Ridgefield Youth Lacrosse program long after his own children had moved on. Scott had an accomplished 35-year career in the home textiles industry, the last 15 of which were spent at Ellison First Asia where he rose to President & CEO before his retirement in 2020.

A celebration of life for Scott will be held at the Lounsbury House in Ridgefield, CT on June 26th from 2-5pm. A scholarship fund is being established in Scott’s honor to celebrate the achievements of the men’s and women’s lacrosse teams at Ridgefield High School.

Details of the fund and where to donate will be provided in the coming days and updates will be made on the Everloved site.