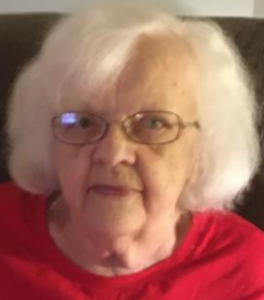 Mrs. Molinaro was born in Ridgefield, CT on December 16, 1927. She was the daughter of Joseph and Martha (Coburn) Knapp. She was one of 10 children and grew up on the Knapp Family homestead on Florida Hill Road. Mrs. Molinaro attended Ridgefield High School.

A homemaker, Mrs. Molinaro also worked in the cafeteria at Rogers Park School in Danbury for many years.

Millie had a passion for anything antique and became quite proficient in running estate sales in her spare time.

She was always on the hunt for new treasures to add to her collection.

Mrs. Molinaro is survived by her daughter, Martha LoDolce and her husband Cliff, a son Kevin Molinaro and his wife Leslie, two granddaughters, Megan LoDolce and Monica Sackandy and her husband Nick, a grandson Nicholas Molinaro and his partner Kayleen, two sisters Marjorie Evans and Josephine Keene, four sisters in law Nancy Pitcher, Teresa Molinaro, Elizabeth “Betty” Knapp and Patti Knapp, four great-granddaughters Molly Weinberg, Ava, Isla and Farrah Sackandy, and a great-grandson Anthony Molinaro, all who were the light of her life. She also leaves numerous nieces and nephews whom she loved dearly and spoke of often.

Millie was known for her hard work ethic, amazing ability to care for her loved ones, and her feisty personality. She was never one to sugarcoat anything and was always good for a laugh. Her family was her pride and joy and she will be greatly missed.

The Molinaro family would like to thank the staff at Candlewood Valley Health for the care and compassion that they provided to Millie. Also, special thanks to the Ridgefield Visiting Nurse Association (RVNA) hospice for keeping her comfortable during her last few weeks.

Funeral services and interment will be private.

There will be no calling hours.