An Interview with the Aldrich Museum's Executive Director, Cybele Maylone 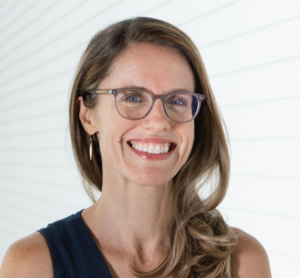 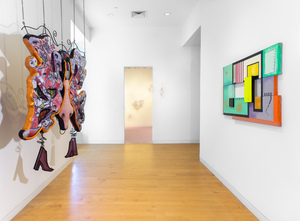 Editor's note: HamletHub's summer intern Carolyn Neugarten sits down with Cybele Maylone, the Executive Director of the Aldrich Contemporary Art Museum. What is it like to be at the helm of The Aldrich? Cybele talks about 52 Artists, the current exhibit (and the first that takes over the entire museum), the vision of Larry Aldrich, the Museum's unique location on Main Street, and the upcoming farm-to-museum dinner, Aldrich Artists at the Table.

How did you become an Executive Director at the Aldrich? Were you interested in the arts? Museum work?

Yes! I've always been interested in the arts, and studied art history in college with the hope of working in a museum. I’ve worked in several museums in New York City, and at several other arts organizations. Working in a museum combines my interests; I love working with artists, and also connecting that work with the public.

Where are some of the places you’ve worked prior to the Aldrich?

I worked at the New Museum for Contemporary Art, which is a much larger installation; it is a non-collecting art museum in New York City. I worked with the American Museum of Natural History, which is certainly not a contemporary art museum (and is probably the largest place I will ever work) which I really loved. And most recently, I worked at an organization called Urban Glass, which was a studio, a school, and an exhibition space for artists and the public interested in making work.

What are the duties of an Executive Director?

No two days are the same, and that's one of the things I think that makes the job really interesting for me.

Well, I would say one thing–no two days are the same. It can be overwhelming. But it's also something I love about the position; I get to be involved in lots of different things all at once. I'm very lucky that we have an incredible team at the Aldrich filled with specialists that know a great deal about particular aspects of the museum's work, which I can discuss with them.

Yesterday afternoon I visited an artist's studio. Now I'm talking to you! Later today, I'm talking to an architect about a project that we are working on in the long term. I will have endless conversations with everyone on our team, I'll spend some time in the museum when we open to the public. So it's really a huge, huge mix. And it depends on what season we're in; we just concluded four weeks of summer camp here. And then there are times when we're working on installing a big exhibition, and that might be something that I'm spending a little bit more time on.

What is it about the Aldrich Museum’s location in Ridgefield that makes it special?

The museum is integrated into the community

The location is a really interesting part of the museum. And I actually think it's one of the things that makes the museum so special, and so incredibly unique among our peers around the country. All the other institutions that I've worked for have been in New York City, with 8 million people. It not only has a huge local audience but is very much a destination for tourists that are coming from around the world, very often to experience culture. And that's very, very different here. It's been interesting to learn what new rhythms might be for an institution that is, in fact, located in a relatively small town. We drive very heavily from Connecticut and from New England. I think it's one of the great and amazing things about the museum.

When it was founded here in Ridgefield by Larry Aldrich, he had this surprising idea to put a contemporary art museum on the main street in a New England town. So, as opposed to having a certain significant part of our audience be composed of people that have flown across an ocean to visit us just one time, we have lots of visitors that come back to the museum many times a year. We have people walking up and down Main Street who are spending time [admiring] the works of sculpture outside; they're walking their dogs, they're exploring our campus. There's something really special about that.

Let's talk about the current exhibit, 52 Artists: A Feminist Milestone

This exhibition is called 52 Artists: A Feminist Milestone, and it was really the brainchild of the museum's Chief Curator Amy Smith-Stewart. She discovered this exhibition that the Aldrich presented in 1971, called  Twenty Six Contemporary Women Artists when researching the work of an artist named Jackie Winsor (who's actually in the exhibition).

And in doing this research Amy realized that there wasn't a lot of information about this early show. The museum itself didn't have a lot of information in our archives. No one quite knew if it was at the Aldrich or another institution, and so the idea really was to revisit this exhibition on the occasion of its 50th anniversary. In addition, we can use this exhibition as an opportunity to research that original exhibition, and to expand it for the 21st century.

Amy also realized that the best exhibition would be not just simply to try to restage it, but to unite that group of original 26 artists with 26 emerging artists. The original artists are essentially a companion group to that original 26,  at the same phase of their life, with the original criteria that Lucy Lippard had used to select them. So it's called 52 artists because of the two lists of 26 artists.

It's the first exhibition that takes over the entire museum. So the biggest show I've ever done, both in terms of footprint and ambitions.

The 26 emerging artists, all born since 1980, live and work in New York City, which adds to the geographic criteria of the show. It opened in June, and it will be on view through the very beginning of January.

How has the experience of the exhibition been so far?

It's been a really wonderful experience so far. The act of organizing of the exhibition was in and of itself incredibly complicated, and there was a lot of detective work for the curatorial team. Amy did extensive studio visits over a significant period of time to assemble that group. There has been a really wonderful kind of dialogue between these two generations. I would say that we've been so pleased to see how moved both groups are to be presented together. Many of the younger artists present alongside artists that they've looked up to for much of their careers.

What is the available programming relating to this exhibit, or the museum?

We continue to have our Third Saturdays which offer museum visitation for free. Those are heavily attended by members of the Ridgefield community, and those are a great opportunity for families often to visit the museum and our studio--which had been closed for much of COVID. But it's back open! Our educators have set up activities related to the works on view. So it changes month to month, depending on which work is in the exhibition, the activity is tied to. So a family can visit the museum, maybe take a tour, and then hop into the studio and make a work of their own that's inspired by the show. We also are offering a lot more tours for the public. We're starting to offer tours for seniors in the fall, along with tours for children and families.

On September 17 we're hosting a dinner called Aldrich Artists at the Table in our Sculpture Garden which is a beautiful event where the artists and members of the museum community join us for an outdoor dinner. It's really beautiful and catered by [the Museum's culinary partner] Hayfields.

We will present a quartet performing at the museum that draws inspiration from the work on view and puts together a program of music and composition tied to and connected to the exhibition. It's a wonderful opportunity to hear extraordinary music played by incredible musicians.

There's a lot to look forward to! Is there any word about any new art after this exhibit?

This fall, we will be installing a new [outdoor] exhibit by an artist named David Shaw. It’s a beautiful green ladder (it’s hard to envision!) David and Richard Klein, the museum's former exhibitions director, will be having a public conversation about the work.

Richard, who had been at the museum for over 30 years, is organizing his final show for the Aldrich which is called Prima Materia. That will open in early February. It is also a large group exhibition that highlights the way artists work with materials from the periodic table - everything from gold to silicone!

We'll also be opening a show of new work by an artist named Hangama Amiri who is Afghani Canadian and lives and works in New Haven. The work is incredible!

Visit The Aldrich online here and purchase tickets for the upcoming Aldrich Artists at the Table here.