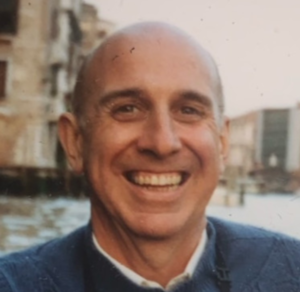 Thomas Dixon McKee, 87, longtime resident of Ridgefield, passed away peacefully on Monday, August 15, 2022. He was the loving husband of Joan Hopkins McKee until her passing in 2020.

Tom was born on October 25th, 1934 in Cleveland, Ohio; son of the late Archibald and Mary (Darrah) McKee. Tom graduated from University of Miami, Ohio in 1956 where he met his wife Joan on a blind date. Tom served in the US Navy as a Supply Corps Officer on the USS Pollux and the happy couple moved onto Naval life in California and Rhode Island. Tom continued onto the Naval Reserves and left the Navy in 1962. Back in civilian life, they were on the move to many states before landing in Ridgefield, CT.

Tom had a varied and successful finance career.  He started as an accountant at Kroegers in Toledo, OH and a Sugar Cane Harvesting company in Thibodaux, Louisiana, followed by the Hotel Somerset in Boston and The Plaza in New York City. Tom then moved into the book publishing business as Vice President of The Association of American Publishers (AAP) on Park Avenue before he retired. This last position enabled Tom and Joan to travel the world, as they were on AAP business each year at the Frankfurt Book Fair and stayed on after to take many amazing trips.

A resident of Ridgefield since 1971, he had an amazing voice and shared this as a member of the First Congregational Church Choir and the Ridgefield Chorale. He also belonged to the Ridgefield American Legion, Ridgefield Men’s Club and the Candlewood Yacht Club (CYC). Tom loved sailing and raced his Flying Scot sailboat often and provided a great family time on the lake every summer.

After retirement, Tom enjoyed golfing and spending time with family as they were all nearby. He was a gracious, kind and loving man. He kept his strong spirit throughout his difficult journey through Parkinsons and the loss of Joan.

Services will take place privately. In lieu of flowers, memorial contributions may be made to The Michael J. Fox Foundation for Parkinson's Research, http://www.michaeljfox.org. Kane Funeral Home, Ridgefield is in care of arrangements.