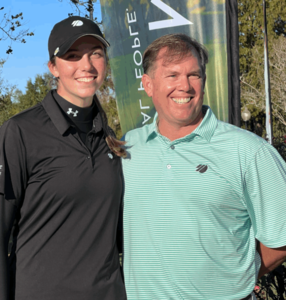 Cailyn finished T23 in the Girls 14-18 Division shooting 74, 75 and 78 during the three day National Championship – which hosted 115 of the best female junior golfers from all over the world.

Rogers racked up 7 birdies during the three rounds and 32 pars and fared well on the par 5’s going even during the three day event. Cailyn responded well to adversity throughout the week highlighted by a 34 on the back nine of the second round after going out in 41. Calm, cool and collected. She reached the 18th green in two in all rounds when nearly all of the field laid up to avoid having to hit a 200 yard shot over water. Very impressive.