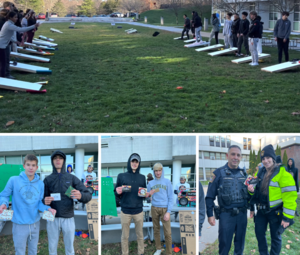 Students in Jesse Peterkin's Sports Marketing class planned, promoted, and ran the tournament, learning about all the aspects of event management in the process.

Read this week's district newsletter for more about our amazing students and school staff!