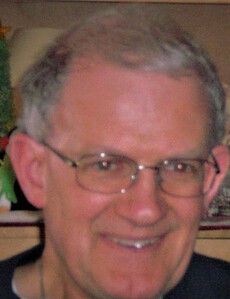 John Andrew Bergmann, 75, of Ridgefield, died on Saturday, January 14, 2023. He was the loving husband of Alice Bergmann and beloved father of Robert Bergmann. John was born in Long Island City, NY on September 26, 1947; a son of the late Andrew and Evelyn Bergmann and was raised in Putnam Valley, New York.

John was proud of his service as a Sergeant in the US Army during the Vietnam War, where he earned several medals and received the Purple Heart. John had a long career in Quality Assurance at Perkin-Elmer, Norwalk CT. In his later years, he enjoyed interacting with customers as an Associate at the local CVS Pharmacy in Ridgefield, CT. A resident of Ridgefield since 1985, John was an active parishioner of St. Mary’s Church. He enjoyed spending time with his family and was an avid football and baseball fan.

John is survived by his wife Alice, his son, Robert as well as his siblings, Thomas and Patricia.

Family and friends will be received on Friday, January 20, 2023, from 6:00 PM to 8:00 PM at Kane Funeral Home; 25 Catoonah Street, Ridgefield. A Funeral Mass will be celebrated on Saturday, January 21, 2023, at 10:00 AM at St. Mary’s Church; 55 Catoonah Street, Ridgefield. Interment and US Military Honors will take place at a later date in Arlington National Cemetery.