Movies are BACK at The Ridgefield Playhouse Beginning June 24!

Details
Published on Sunday, 14 June 2020 14:49
Written by The Ridgefield Playhouse 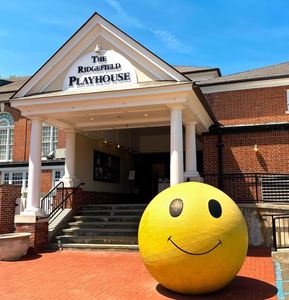 Venues Are Starting to Open!

Movies are back!  In an effort to reopen the economy in Connecticut, phase 2, which begins on June 17, will allow theaters to show movies and other screen events, such as the Met Opera, Bolshoi Ballet and National Theater in HD.

The Ridgefield Playhouse for Movies and the Performing arts, which for the past 20 years has, in addition to presenting live entertainment, also used film as a way to offer all aspects of the performing arts is working towards opening its doors with a great summer series of movies and other offerings on the big screen.  “From Opera to Broadway to classic films - even Rock and Roll will be presented,” says Allison Stockel, Executive Director of The Ridgefield Playhouse, “the idea is to give people something to do in a safe environment.”

The Playhouse will continue to offer its various series but will replace the live presentations with film content. The Family Series will take place every Wednesday with family-friendly films, such as "How To Train Your Dragon," "All Dogs Go To Heaven," and "Shrek 2," to name a few, and kids can come for free!  “We know a lot of camps have been canceled so we thought this would be a nice thing to offer to the community so that parents have something to do with their children,” says Stockel.  They've also come up with a Friday night "Rock Series," where every Friday night they will show a film that is rock-related, such as "Searching for Sugarman," "Echo in the Canyon," "Linda Rondstadt: The Sound of My Voice," and more.  "We're very happy to have some sort of Summer series - even if it doesn't include live performances yet," says Stockel, who says the venue is doing this more for the town rather than it being an income generator.  “Right now, we’re not even sure about how many people we will be able to have in the theater,” says Stockel, “but we don’t think it will be more than 25% of the house which is only about 100 seats.  We’re not doing this because we think we’re going to make money from it, we’re doing it so that people can start coming to the theater and feel safe and comfortable doing it.  That way, when we do have live events again, there will already be that comfort level for patrons.”

The Playhouse started moving, and in some instances canceling, shows starting in mid-March and may have to continue through September or longer, which will come out to more than 100 shows, or almost half of their annual ticket income.  Stockel does believe that the movies will also be a positive for the town economically as well. “If people come out to a movie or filmed rock show,” she says, “then they'll go out for dinner first and get used being out an about - perhaps even shop in some stores again."

Things won’t be quite the same as they were before COVID however. "We have new policies and procedures in place," says Stockel.  "For example, we will have markings for entering the theater that will keep patrons 6 ft. apart, concessions and bar will be ordered by an app, and we will have bathroom attendants to control the number of people able to use the bathroom in a safe way.  We will also have touchless hand sanitizers throughout the lobby and in the bathrooms."   Like their live events, patrons will have the option to purchase tickets online and print them out at home prior to arriving at the theater and, although all tickets will be General Admission, an usher will bring you to your seats to allow for social distance seating.  So, whether your favorite film is “Shrek,” “Rocketman”, or “Ghost,” entertainment is back in the town of Ridgefield! For more information go to www.ridgefieldplayhouse.org  or call (203) 438-5795.

Sunday, August 2 at 2:00pm - Hudson Valley Shakespeare: Much Ado About Nothing (LIVE/OUTSIDE)

For tickets call or visit the box office, 203-438-5795 or go online at ridgefieldplayhouse.org.  The Ridgefield Playhouse is a non-profit performing arts center located at 80 East Ridge, parallel to Main Street, Ridgefield, CT.