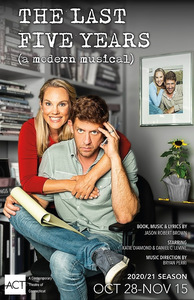 The Last Five Years was named one of TIME Magazine's ten best shows of 2001. This emotionally powerful and intimate musical ingeniously chronicles the five-year relationship between two New Yorkers and is not to be missed!

Whip Salon is a proud sponsor of ACT of Connecticut (A Contemporary Theatre). ACT is a non-profit Equity theatre that brings Broadway-caliber productions, new works and reimagined revivals right here to Ridgefield.

(Learn more about ACT by visiting their website here.