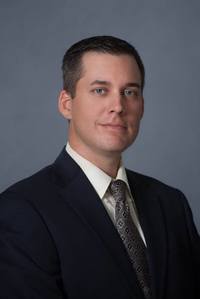 Carson Finchem for IWB: Beyond his superior academic and professional credentials...

If you are looking for a candidate for the Inland Wetlands Board that truly understands aquatic systems and cares for the environment, consider Carson Fincham. As a child, Carson spent almost all of his free time in the woods, streams, marshes, and rivers near his home. He was fascinated with the way the water would rise and fall with the weather and seasons and became enamored with the wildlife that called these special environments home.

When development threatened the wildlife sanctuary where he spent much of his time, he rallied his classmates to form an action group to help preserve these fragile ecosystems. These early experiences led to his volunteer work for the Ridgefield Conservation Commission as a teen and his Civil/Environmental Engineering degree from UCONN.

Utilizing his water resources engineering knowledge, Carson designed a hydroelectric facility with bi-directional fish passage for the Town of Baltic, CT and worked with the CT Department of Environmental Protection and the Army Corps of Engineers on many projects throughout the state. The largest of these projects was the design of the drainage and stormwater retention systems for the Route 7 widening project in Wilton. Carson went on to obtain his law degree and Environmental Law certificate from Pace University where he learned how statutes and regulations tie into the physical realities of aquatic environments.

Carson also designed and built the first Energy Star® home in Ridgefield (which includes a geo-exchange heating and cooling system, passive solar design, and a combined heat and power system), obtained grant money and spearheaded acquisition of Ridgefield’s first electric vehicle, and fought the Planning & Zoning commission when they allowed a resident to dam a stream without a permit.

Carson’s actions demonstrate a lifetime of commitment to our environment. Please join me in support of Carson Finchem for Inland Wetlands Board on November 5th.