Letter: It's Time for a Change - Elect a New Ridgefield P&Z Chairperson 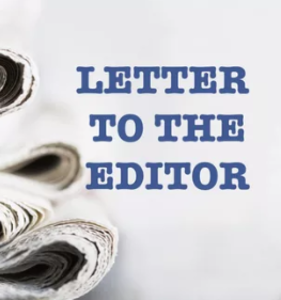 In November 2018, 75% of Ridgefielders voted to separate Inland Wetlands from Planning & Zoning (P&Z). In September 2019, 69% voted to separate the Aquifer Protection duties from P&Z. A few weeks ago, we elected 3 new Commissioners to represent us on the P&Z. It’s time for a new chairperson at P&Z.

Rebecca Mucchetti leads strongly, but she leads in the wrong direction, and she has lost the trust of the community and other boards. I’ve witnessed as she misled the Commission with incorrect information before they voted on the Wetlands Permit for The Ridgefield Winter Club. I’ve watched her let Bob Jewell rant on and on and then give Attorney Peter Olson a time limit. With Ms. Mucchetti as the leader, we ignore Health and Safety issues with 8-30g applications (where traffic increases and a lack of town water and sewers are present), and we have a flooded foundation right next to the road on Prospect Ridge. She has decided we need a hotel in the center of town and has set wheels in motion to see if it can be turned into a reality. She has lost sight that she is responsible to the residents and needs to listen to our thoughts on what we want Ridgefield to be.

In her position, she runs meetings and hearings, influences decisions on hearings and has the Planning & Zoning Director/Zoning Enforcement Officer and Wetlands Agent report to her. When she decided we didn’t need a Town Planner, she gained more power. She fails to marshal various boards and entities toward shared goals, because she does not have the necessary relationships or rapport. Ms. Mucchetti has 2 years until her term on P&Z ends – she and anyone who supports her are unlikely to be re-elected.

Let’s hope Commission members have heard Ridgefield’s overwhelming calls for change and elect a new Chairperson on November 26th. It’s going to take some guts to do the right thing – but it’s time for a change.

Contact the Commissioners at This email address is being protected from spambots. You need JavaScript enabled to view it. and let them know that we want a new Chair.