Frey Will Not Seek Re-Election to House Seat 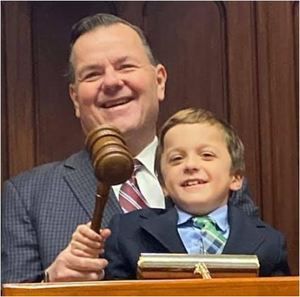 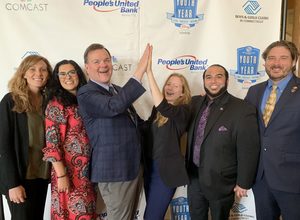 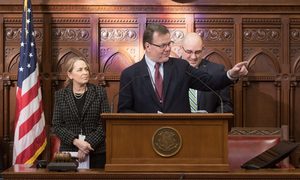 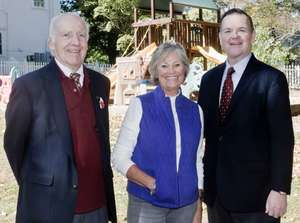 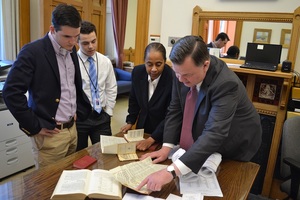 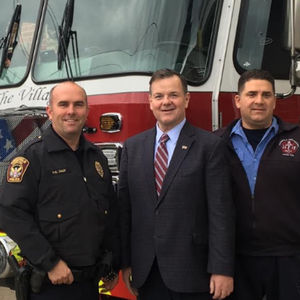 RIDGEFIELD—State Rep. John Frey announced today that he will not seek a 12th term representing residents of Ridgefield in the 111th House District in Hartford.

“It has been a distinct honor and pleasure to serve my neighbors in Ridgefield for the past 22 years in the General Assembly, and I want to thank you for placing your trust in me to be your voice in Hartford,” Rep. Frey said.

Frey is the longest-serving State Representative to have represented Ridgefield.   The next longest tenure was Ridgefield’s first state representative, Col. Burr Bradley, who served 19 years starting in 1776. The 111th District encompasses nearly the entire town of Ridgefield.

‘I decided after the last time I stood before the voters that 22 years would by the close of my tenure. I have enjoyed my time in the General Assembly, through both good and challenging times, immensely. The honor bestowed on me has never been taken for granted. Representing my hometown in Hartford has been a dream job and I thank the people of Ridgefield from the bottom of my heart,” Rep. Frey said.

Frey currently serves as Senior Whip in the 60-member House Republican Caucus and has a been a long-time member of the legislature’s Finance, Revenue and Bonding Committee, and serves as the ranking Republican on the Transportation Bonding subcommittee.  Rep. Frey also serves on the legislature’s Housing and Banking Committees. He previously served as the Ranking Member on both the Aging Committee and the Labor and Public Employees Committee. He also served as a member of the Government Administration and Elections, Public Safety, Commerce, and Insurance and Real Estate Committees.

During his 22-year tenure, Rep. Frey has been a strong advocate for Ridgefield and was instrumental in getting measures passed to improve transportation infrastructure, expand affordable housing and protect benefits for seniors and Veterans. He also worked to protect pristine areas of open space, including securing $4.5 million in funding for preservation of the 460-acre Bennett’s Pond State Park. Rep. Frey includes as major accomplishes the widening of Route 7 and securing full cardiac care approval at Danbury Hospital.  He was also able to secure millions of dollars in funding for local non-profit organizations and introduced legislation to create Connecticut Cultural Districts in 2019.

“John and I entered the legislature together in 1999 and he has been a good friend to me personally and an invaluable asset to the entire legislature as a mentor to new members and a steady voice of reason regardless of the issues being discussed,” House Republican Leader Themis Klarides said. “We are surely going to miss his sense of humor and wish him the best as he moves into the next phase of his life, which undoubtedly means serving the community and helping others.”