State Rep. John Frey Calls for Eversource to be Dismantled 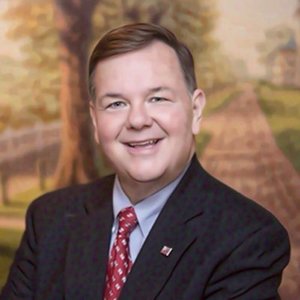 State Rep. John Frey on Monday afternoon said the legislature should break up Eversource, contending that the state’s biggest utility has grown too big to effectively manage large scale response and restoration efforts.

“Here we are, seven days after the power went out, and thousands of residents in my town, Ridgefield, have yet to see their service restored,” said Frey, a Republican who serves the 111th District. “Thousands of others throughout Connecticut are in the same boat, and it seems the story from every community has been the same throughout this ordeal—Eversource has failed to communicate properly with local officials, keeping municipal public works crews sidelined too long while the company scrambled, and failed, to get inspection and restoration teams deployed in an orderly fashion.”

Frey also took aim at the company’s preparation ahead of the storm that caused 800,000 outages, citing news reports indicating that the chairman of the Public Utilities Regulatory Authority, Marissa Gillett, said that Eversource underestimated the storm’s threat by preparing for between 125,000 and 380,000 outages while adding that “the meteorological models were saying one thing and Eversource prepared for something totally different.”

"While this action could be viewed as retaliatory, it is not. Eversource has become a multi-state conglomerate. In addition to providing electric service to 149 Connecticut towns, it also owns the natural gas provider and recently acquired the Aquarian Water Utility. The focus appears to have shifted from the days of the former CT Light and Power. It’s proven that it’s gotten too big to deliver reliable service.”

Just ahead of the storm that caused widespread outages, Eversource was already ready under fire over customer concern tied to increasing bills. Republicans and Democrats called for hearings, and the state’s Public Utilities Regulatory Authority has since suspended the increase ahead of a hearing that will be held this month.

But Frey, whose town still had more than 3,900 outages Monday, said what’s transpired over the last seven days should cause his colleagues in the legislature to take deeper look at Eversource.

“There’s little doubt that the complexities of the energy industry combined with regulatory bureaucracy, and even the sheer footprint of the company’s Connecticut customer base, would pose challenges to breaking it up,” Frey said. “But it’s not impossible, and I think my colleagues and I need to have that conversation in Hartford because even the average guy who will be sitting at home in the dark tonight can see that Eversource is so big that its right hand has no idea what its left is doing.”

A 2011 report from the Office of Legislative Research (OLR) tackled the topic of splitting up the territory of the former Connecticut Light & Power, reporting that a service territory break-up and transfer, though possible, would require “extensive” legislation.

According to that report, had the General Assembly pursued such a break up and transfer of territory, it was presumed the legislation would have to specify how:

- DEEP would ensure that the utilities that took over from CL&P were technically managerially, and financially qualified to provide the services CL&P currently provides;

- CL&P would be compensated for its investments that were not covered by the price paid by the successor utilities; and

- to coordinate the successor utilities to ensure reliable service.